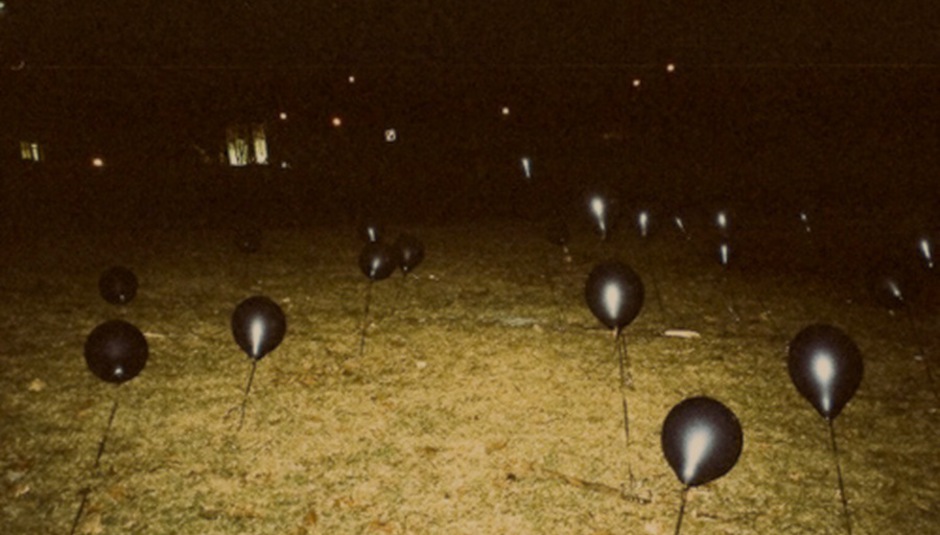 Invite: DiS is throwing a party with Exitmusic, Halls and Dems

Hello Readers,
We are throwing one of our little events for you (well, as long as you live near-ish to London) next Wednesday, the 23rd of May. It's sort of a 'party' but in the spirit of DiS, it won't necessarily be the cheeriest, most Guetta-esque shebang. Alas, there will be no foam or glitter guns. And although we'll be DJing a set of "The Greatest Hits of The Internet Age", you don't need to worry if 'throwing shapes' isn't your thing.

We know what we like, and we know that some of you like it too, which is why we've teamed up with the lovely people from the brilliant Secretly Canadian label to throw a little shindig with Exitmusic, whose album we premiered on DiS last week. Many of you reacted more-than-positively by saying things like "this is excellent", "this really is something truly brilliant" and "I absolutely love this!" If you didn't get chance to listen yet but like woozy broody soaring music with a glimmer of misery in its eye, then you're in luck, as they're headlining this gig for us/you. Exitmusic have recently supported Sharon Van Etten (they open for her tonight in London, in fact) and School of Seven Bells, and their music does fit somewhere between the two, mixing widescreen shoegaze indebted indie with a heavy heart. For a quick taster, this song 'White Noise' is currently my favourite track on the album:

Supporting Exitmusic for our night, will be the equally haunting Halls who has time and time again come up on our boards as one of the most exceptional new talents in the UK. He takes rich electronic washes of wiggling strings with almost Burial-like sparseness, and then his voice trembles in like Jeff Buckley on downers at a funeral. To say he's one to watch just feels like a hollow cliche but this South Londoner is something special, and, well, just listen to his latest EP for evidence that we are not lying to you...

Opening up the night will be new kids on the block Dems who also deal in a bedroom electronica, that seems to sit somewhere in the space between Foals' 'Spanish Sahara', Jack Penate's ballads and Talk Talk, which really isn't a bad place to be. Have flick through their Soundcloud:

So when is this 'party' and how do you get in? Well, firstly it's a FREE EVENT but we know you'll want to ensure you can get in, without camping overnight, so we will be giving away guaranteed entry guest list places every day over on our Twitter @drownedinsound and Facebook (there's a Facebook event too RSVP here). Or you can just turn up on the night. Bash the words "RSVP - I Are Excited" below, and we'll pick some of you to get on the guest list too, but like I said, you can just turn up early - we'll probably play some tracks from records that aren't out yet, like, I dunno, who'd like to hear something from the new Liars album? Yeah, come early then.

Where is it? This event is taking place @ CAMP, 70 – 74 City Rd, London, EC1Y 2BJ. Yeah, that's just off of the Old St Roundabout in London's hipster-cesspool Shoreditch. The venue is down in the basement, that's how literally 'underground' and 'kewl' we are.

Dress Code: You don't have to have Skillex/Grimes/cyberdog-crustie hair to get in, but it will probably be advantageous if you don't wear your favourite Levellers t-shirts, but then again, that's probably the sort of irony that will win you friends with the sort of people Nathan Barley accidentally invented. Indie points will be awarded for wearing t-shirts of bands who split up after releasing two seven singles, obviously.

Here is a flyer, in case any of that information wasn't clear...