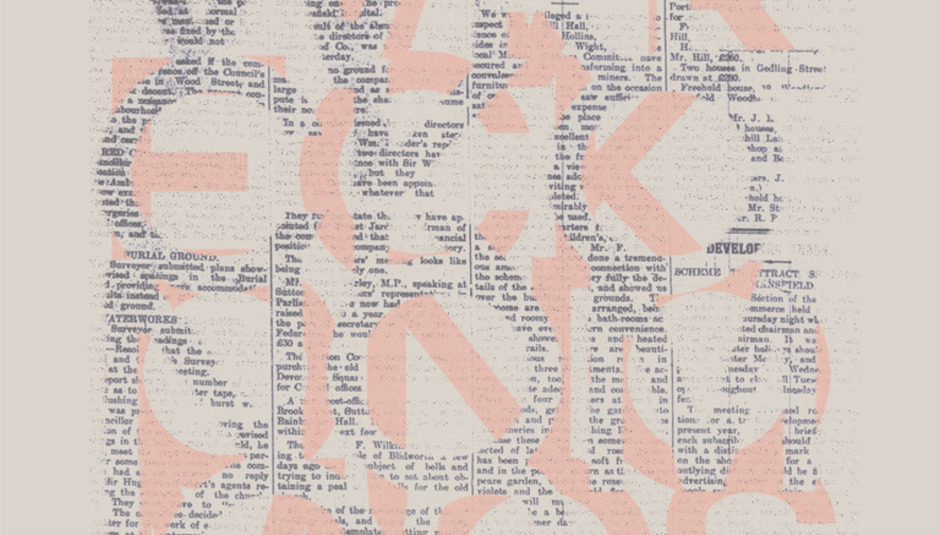 On the third day of DiSmas, the music gods gave unto us, one free download from a forthcoming EP by him out of Bloc Party and 'im what fronts the currently on hiatus yourcodenameis:milo.

As part of our hideously titled 12 Days of DiSmas we're giving away tickets to premieres, stereos, records, merch and downloads and things. Today's festive freebie is a new song from DiSser-adored noisesmiths Young Legionnaire.

'Killdozer' is a brand new (exclusive!) track, taken from their new Wichita released EP, entitled Wreckonomics. The five track EP, which also features the songs named ‘Perfect Chain’, ‘Pinstripe Crown’, ‘We Can Build You’ plus this and predictably the title track ‘Wreckonomics’, was mixed by the legendary Alex Newport (At The Drive In, Death Cab For Cutie, The Melvins) and features Gordon Moakes (Bloc Party) and Paul Mullen (yourcodenameis:milo) making a helluva lot of beautiful noize, which sounds exactly like this:

Speaking regarding the release, Gordon remarked:

"We'd talked about doing one new track, or maybe two, but when it came to it, it seemed quite ambitious to try five or six. We were up for the challenge. I think there's a different pressure these days on bands to deliver 'unique content' all the time and there's nothing more unique than new songs. In the end these songs all came together really quickly and pretty naturally - it just felt like an extension of the touring band we'd been for a while, and creatively I think we felt were just hitting our stride when these were written."

Wreckonomics is released on February 6th 2012. If you wanna pre-order your copy of the limited edition 10" vinyl (plus you'll get it digitally for zero pence extra), you can do so by screaming with glee and then click-clacking your mouse cursor right here. The band's debut album Crisis Works is out now.

...oh, and if you liked that, here's a little session they did recently for the folks at Amazing.