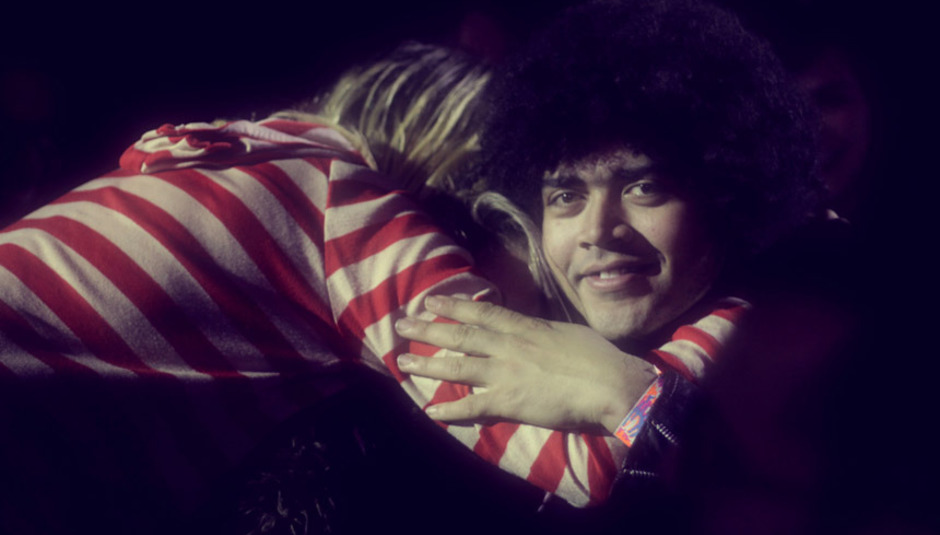 It isn't often an artist worms its way onto DiS' stereo and what trickles forth genuinely offers up some kind of epiphany-in-waiting. Admittedly, this is not a completely life-changing iNSIGHT but this record, which we're presenting to you for some 'considered listening', is certainly one that made me/us ponder the very pipes and pixels I/we ingest and post onto and download data from every-single-blinkin'-day.

James Ferraro is... kinda indescribable. Far Side Virtual is an album opus, which with its nods to Xtranormal and future-fads like Second Life, doubles as an ode to the internet in all its puzzling shapes of woe and joy. Itsa record with an angry-beak in its cheek, a synthetic trumpet in its avatar's nostrils and an Apple lawsuit quivering in the corner of its Obama-ized eyes. The record deals with the askew awkwardness of this supposed 'future' and seems to scoff at globalization, digitization and the confounding The Hills-ization of this hyper-modern world we're living in but in a sly, sophisticated, latte-stained manner... and throws in a shower of pixelated stars, double-rainbows and the occasional whiff of the lofi hiss of VHS...

Or, as the press release helpfully explains:

"This reality is hyper-reality. Ferraro frequently sounds like he’s channelling Jean Baudrillard, talking of wanting to be ‘simulacra’s paintbrush’ … Like a modern-day Devo, Ferraro never lets on whether he’s reviling or revelling in the decadence and grotesquerie of US culture."

In this DiS-premiered stream of his truly exceptional (IMHO) (yes, SRSLY!) latest album Far Side Virtual, James has added his own visuals and included a few additional tracks for good measure. Sit back, slip some headphones on but don't be reaching for your mouse to check your emails or dive into your pocket for you phone, because that's precisely what he wants you to do...

As for what we know about the man himself, well it could be written in the space of a garish banner ad. Apparently he grew up in New York and now lives in Venice Beach (LA). He used to be in a noise band called The Skaters. It is isn't that far fetched to imagine he is Carles from Hipster Runoff... All we truly know is that this record is out this week via the terrific future-gazing Hippos in Tanks label. A review is coming in the next few days and James is penning a piece for us, about the internet or something-or-other.