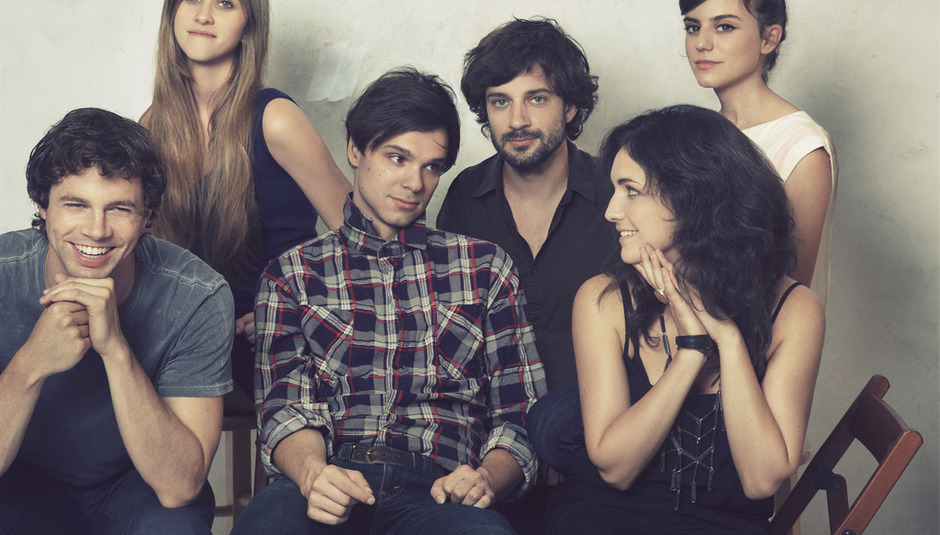 Dirty Projectors recently released an EP with Björk, Mount Wittenberg Orca. However, that was done practically ages ago, but they've been working on a new record of their own, and Dave Longstreth said that it should be released in Spring next year, as he told SPIN (via Pitchfork). Potentially wonderful news.

In other indie-bands-being-snide-at-each-other development, Longstreth revealed a few song titles, and one of them being a bit of a dig at The Strokes, as a response to Is This It. Yep, the song in question is titled 'Maybe That Was It'. Harsh. Other titles include 'About To Die', 'Swing Low Magellan', 'Terror Vast'.

The penultimate of these, is about GPS systems, as Longstreth elaborates:

It's inspired by a GPS our manager gave me when I first moved up here. I fucking hate GPS. I just have these terrible memories of our first European tour back in 2007. We had hired this van and tour service from the former Czech Republic called Fluff Wheels and they sent us out with this 19-year-old vegan driver kid who had no money and refused to eat anything. So we'd slip slices of pizza into his bunk at night and this pale hand would grab the piece and take it.

He had no idea how to get anywhere in Europe so he just relied on the GPS. I just remember driving around the ring roads of every major European city for hours when we were supposed to be sound checking. So I ended up giving the GPS to my dad

Something we all can sympathise with. Click here to read the full interview.

Listen: New Future Of The Left track 'Polymers Are Forever'