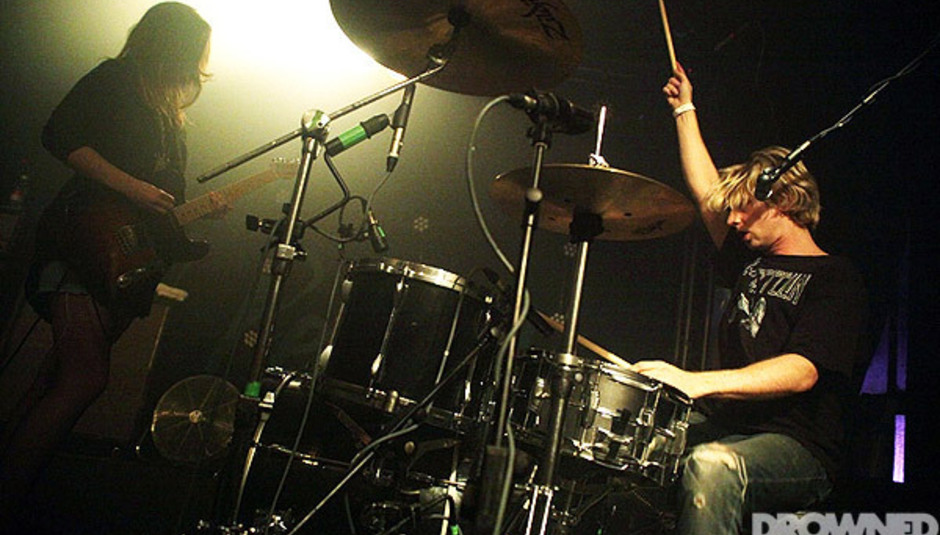 With only a few weeks to go, DiS has a pair of tickets for Summe Sundae for you to win.

You'll get to see the likes of The Maccabees and Graham Coxon on the Friday with Brit Award-nominated Newton Faulkner (did you know the guy from Longpigs wrote some of his songs?) playing on Saturday night and bringing proceedings to a close on Sunday are 'heartthrobs' McFLy alongside chart-bothering rapper Example.

On Sunday there is also the small matter of the DiS-curated second stage in the huge indoor arena, featuring Antlers, The Phantom Band, Factory Floor, Warpaint, Everything Everything (Mercury nominees, no less!) and a special headline set from Blood Red Shoes (pictured above), which'll hopefully include them previewing some new tracks from their forthcoming third album.

Summer Sundae is also not just about the music, man! We've had a stage there the past few years and we can confirm that it is a very splendid 'boutique festival', which incorporates simple pleasures, like being transported back in time to the spirit of the Victorian age via luscious environs of Leicester’s De Montford Hall. The press officer has pre-warned us that: "Over the course of the festival, watch as the Main Stage becomes a master of disguise evolving through the seasons of a Victorian Park from frost bitten winter to golden summer. The Victorian theme will offer guests numerous delights including a curiosity corner, a traditional Victorian bandstand and a Top Hat extravaganza – all in all this year’s festival should prove to be unmissable and you don’t have to miss out!"

Oh and they have real ales, lotsa good food and it's just small enough that you can watch everything, without feeling crammed in. Which is nice. Oh and if you keep an eye out, you can usually see the mayor of Leicester, the town crier and the incredible sight of DiS' longest serving contributor Dom Gourlay, going absolutely bonkers (most likely to happen during Factory Floor).

To win a pair of tickets for the festival (oh and yes, they include camping!), simply answer in the comments section below: Can you name one act who has previously played the Drowned in Sound stage at Summer Sundae? And if you saw the set, feel free to say how awesome it was.

Competition closes on Friday 5th August at midday and we'll pick one winner at random from the correct entries. Good luck!

Summer Sundae takes place from 12th-14th of August at De Montfort Hall in Leicester. Lots more info over at summersundae.com