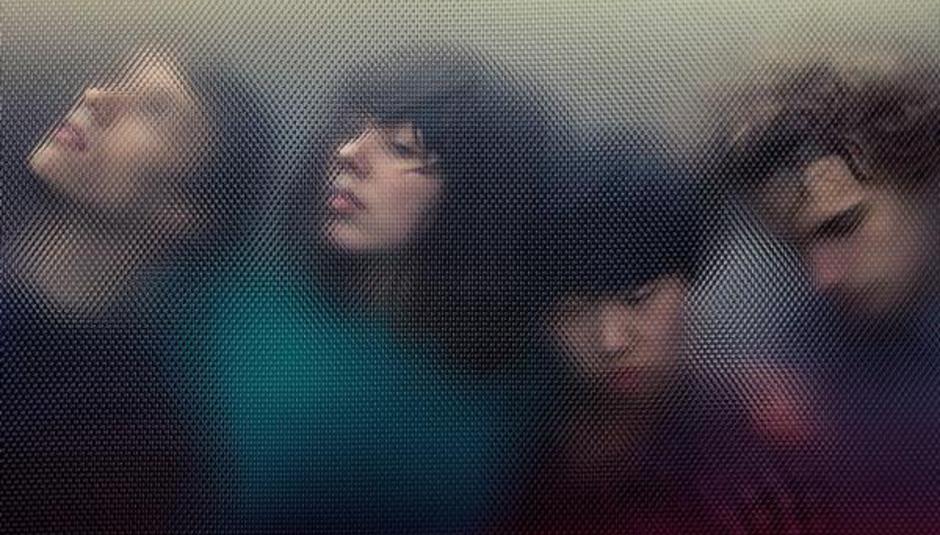 A new band, from Canada, who've made one of the best (mini-)albums of the year, chat to DiS about lemonade, dog people, comparisons and more...

When we say best albums of the year, don't think we're just tossing off superlatives. No, no, no. Braids' debut album Native Speaker swishes like Blonde Redhead and swooshes like No Age coming down in Foals' dressing room. DiS sent some questions to Katie from the band via email ahead of their UK tour, to find out more...

DiS: Your album Native Speaker starts with a song called 'Lemonade' (hit play on the above artwork if you haven't heard it) is that sample actually lemonade being swished around?

Interesting you say that, because the other day I was thinking to myself how musical the world is. That every sound has a melodic and rhythmic structure to it, like for example the amount of 'music' you could make in the bathroom is enormous - from when you sit on the toilet to when you wash your hands. There is an endless amounts of inspiration to be found, so I don't understand this whole writer's block that many of my friends keep on talking about. So to answer your question, yes, Lemonade is a sample of lemonade being swished around.

What's your favourite lemonade or do you prefer to make it homemade?

Our favorite lemonade is pink lemonade. Limeade is pretty good too. We used to make Lemonade at our old job and they were never homemade - always from the can. But you can never go wrong with those frozen lemonade cans. They are too good. My mother used to feed me from the can so I don't really know what homemade lemonade tastes like. Probably bitter.

Your album cover (which is above) looks a little like corrugated clouds, were you trying to represent a synthesis between organic and man-made textures? Or is it a homage to something like a rare Metallica 7"?

That is really flattering that you can think of it as a homage to something Metallica could have made. I think Metallica would say the album cover represents the unity of what is organic with what is processed; the use of tools to create and provoke emotions. If you really want to know the secret behind the album cover, take one of those fluorescent light coverings and put it over your face.

Which comparison is getting more grating, Animal Collective or Joanna Newsom? Or do you find both flattering?

Both are grate. I have seen both and they really can shred. But there are so many OTHER bands we sound like. I wish people could bring those bands up more.

Your album has a lithe, kitten-ish feel, are any of the band Dog people? (This Q probably makes less sense if you haven't read Burrough's brilliant The Cat Inside)

Kittens? Dogs? Sure. You're right, this question is strange, but I'm sure I would understand the wit had I read William Burrough's book - which looks really wonderful by the way. I wonder if he ever consumed the parasite that live in feline feces (Toxoplasmosis).

Your album has a slight mathiness to the guitars (do you agree?) as well as a gorgeous blissed out ambient feel, what ends up on the tour bus stereo?

Cool. I know that Katie is really into Math but she plays the keyboards. Do you think Steve Reich was ever into math? I wonder about this all the time. On this tour we have been listening to a lot of Pantha Du Prince, Moderat, Autechre, Dr. Dre, Feel Alright, Fever Ray, Future Islands, Gonzalez, and Women.

'Lammicken' is a neologism of which two words? Is it foodie reference to Turducken? (you've totally PWNed google with that one, I thought it was a character from Bowie's Labyrinth)

It is neither of any. Check out this quote: "He'll adorn it better than a poor lammicken feller like myself can." - Tess of the dUrbervilles

Why are all bands from Canada so much more awesome than anywhere else?

Maybe because of our food. The maple leaf is pretty awesome. I used to say 'more awesome' all the time until the rest of the band consistently made fun of me on tour, it's nice to hear someone else say it. I'm going to bring it back into my speech.

What are you looking forward to seeing or doing on your upcoming UK dates?

All of us have a problem of picking up accents. So we are all really excited to add the various British accents to our array of other accents. Also really excited for the weather. I really like the climate in the UK. I want to walk around and pretend I live there.

Native Speaker is out now via Kanine Records. Catch the band live in the coming weeks with Antlers in London, Of Montreal in Paris, on the Drowned in Sound Stage at SoundCity in Liverpool, at Dot to Dot and Great Escape Festival, or somewhere else. Full list of dates on their MySpace.