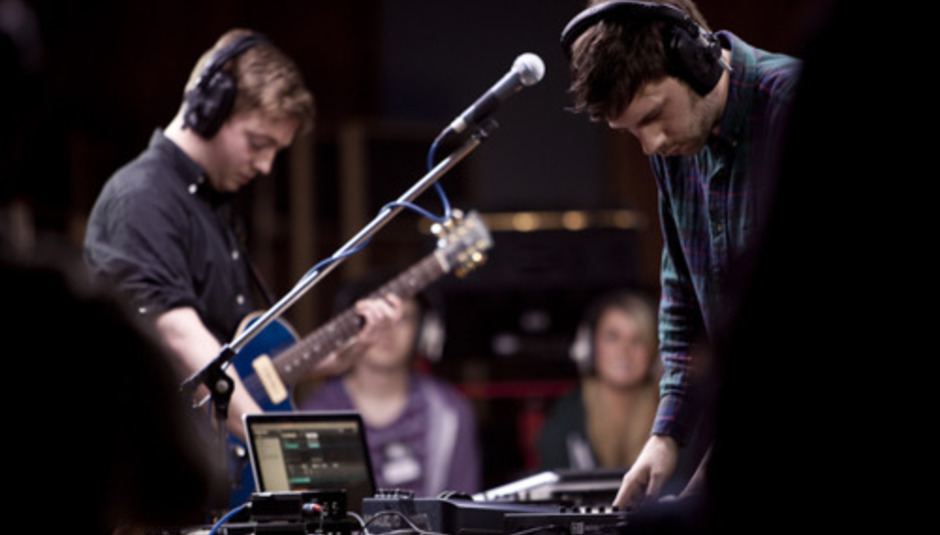 T'other week, DiS was invited along to the legendary-doesn't-quite-cover-it Abbey Road studios, to see and hear the filming of a new TV show called Abbey Road debuts. And not just any ol' TV show that throws together a bunch of 'new' bands that no-one will give a toss about in 3months time (hello Delphic!) but a show that cherry-picks acts that are intriguing and genuinely special. The recording I bobbed along to was with Mount Kimbie and to say it was a 'bit good' is like saying an ice cold pint of bitter shandy is 'alright' on a sweltering day.

And here, exclusively premiering on DiS - as we asked very-very nicely in our polite telephone voice - is a preview of what the Mount Kimbie show is gonna sound like...

If you're quick, you too can attend one of these recordings at the prestigious studios, as next week they're capturing Lower Dens and SBTRKT. All you need to do is retweet them on Twitter @abbeyroaddebuts.

As for the show itself, it'll be broadcast on Channel 4 (in the UK) from April 6th at 00.15. The show is presented by 6Music’s Tom Ravenscroft and confirmed live acts for the first series is: Mount Kimbie, Crystal Fighters, Trophy Wife, Lower Dens and Treefight for Sunlight. More details coming soon, see their Tumblr for more info: abbeyroaddebuts.tumblr.com.