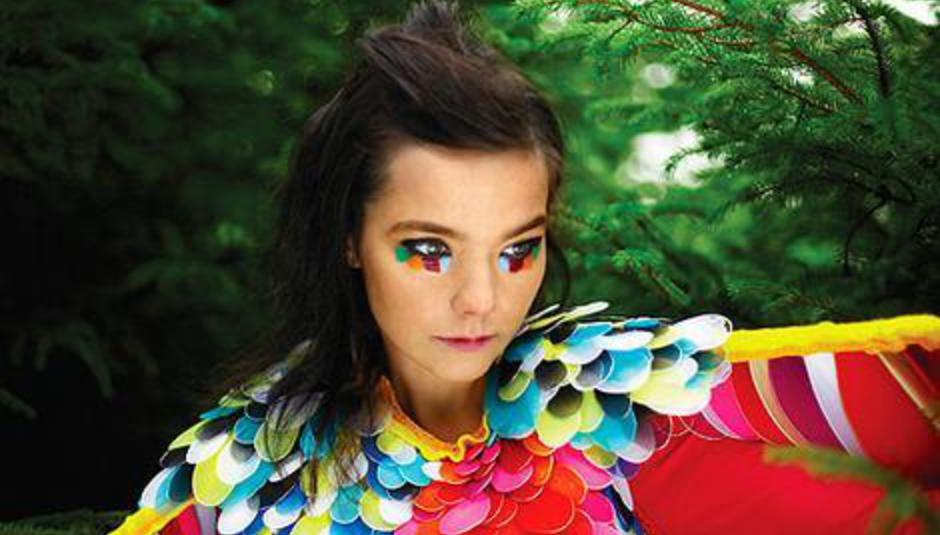 When was the last time Björk did anything in the UK? My mind escapes me and perhaps it was more recently than I think but still, it's welcome every time she does anything over here. Which she is, as it's just been announced that perhaps the most famous Icelander of all time (next to Magnús Ver Magnússon and Magnús Magnússon and er...Leif Eriksson, of Interpol song fame) will be undertaking a three week live residency at the Manchester International Festival.

Björk will be performing Biophilia which is "a multimedia project encompassing music, apps, internet, installations and live shows" and "celebrates how sound works in nature, exploring the infinite expanse of the universe, from planetary systems to atomic structure", which all sounds very interesting, although the words likely don't do it justice.

The residency will incorprate six live shows where she'll perform tracks from the new Biophilia album, with all kinds of musical accoutrements, musicians and collaborators. There is even talk of a 30-foot pendulum, which sounds awfully impressive. The Manchester shows will be the premiere of Biophilia but it will travel elsewhere to many other cities around the world, which is good news if you don't live in England or want to go to Manchester.