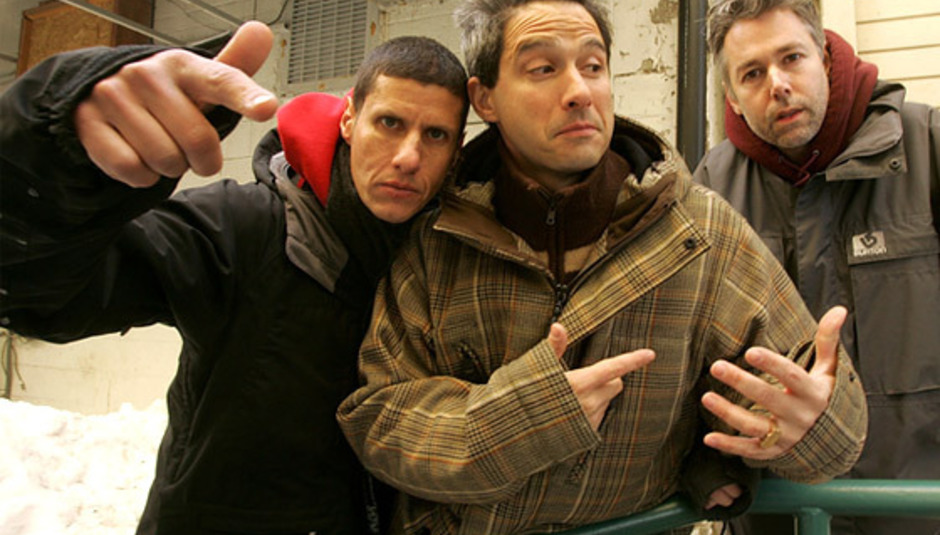 Right, so remember all the fanfare and hullabaloo about the Beastie Boys' upcoming new record, whether it would be called Hot Sauce Committee Pt. 1 or Pt. 2 and when it would get released and so on. Well, some of it's been cleared up, thankfully. The release date will be May 3 (hopefully May 2 in the UK) through Capitol, as revealed on their official website.

Album art was also revealed. It's nothing spectacular, but would make a nice enough poster for y'wall I guess. Cancer diagnoses for Fenech-Soler and TV On The Radio members