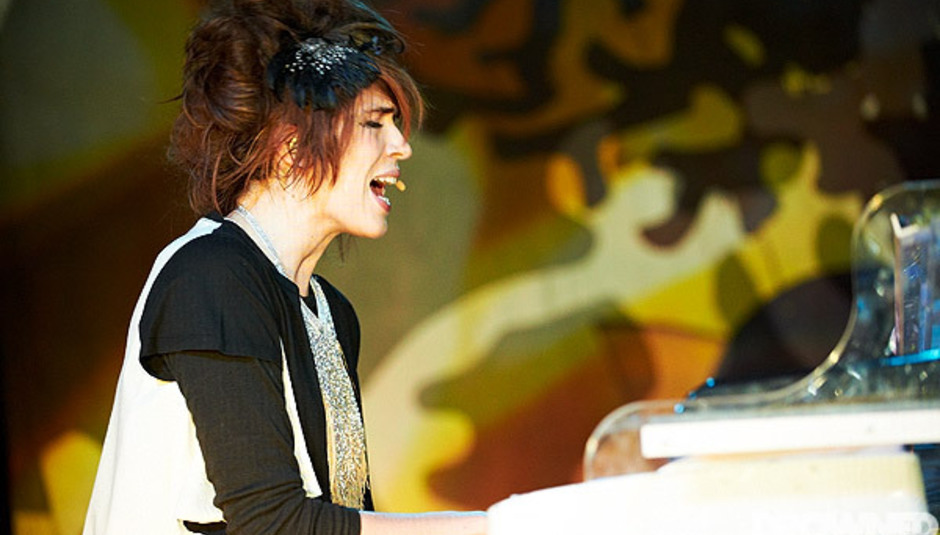 Tomorrow (March 8th) is International Women's day, and around the world fabulous ladies will be celebrating in a myriad of inspiring ways.

On Friday, the combined forces of the Southbank Centre's Women of the World Festival (which includes the return of Emmy the Great and Annie Nightingale in conversation) and the annual Bird's Eye View film festival present a veritable feast of some of DiS' favourite female artists, performing live soundtracks to a range of films. The night is entitled Sound & Silents and will be headlined by Grammy and Ivor Novello Award-winner Imogen Heap, who will be performing with the world-renowned Holst Singers a live soundtrack to French surrealist director Germaine Dulac's The Seashell and The Clergman (1928), which looks a lot like this:

Also re-scoring film soundtracks, live, will be DiS-favourite Micachu who takes on animation pioneer Lotte Reiniger's Hansel and Gretel (1955); composer, multi-instrumentalist and the haunting vocals of Seaming will accompanying Maya Deren's New American Cinema 'trance film' Meshes of the Afternoon (1943); and Tara Busch will be injecting synths into Lois Weber's genre-setting race-against-the-clock thriller Suspense (1913), which we're reliably informed by the press release was "the first film to use split-screen storytelling."

This event takes place at the Queen Elizabeth Hall (next door to Royal Festival Hall on London's Southbank), on Friday 11th March, 8pm. Tickets and more info is here.