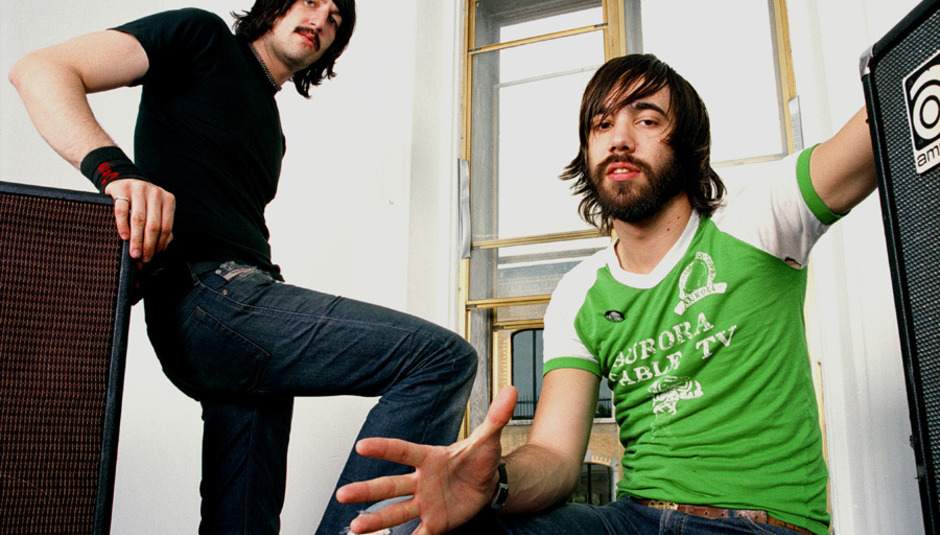 Death From Above 1979 release reunion statement

Back a few weeks ago Coachella announced its line-up with Death From Above 1979 on the bill. That obviously meant they'd be reforming. A bit of an update today as they've released a statement, with some reasons and stuff like that. Anyway, as a parting post on Friday evening we leave you with Sebastien Grangier's statement. Read it in full below (via Pitchfork):

It's been 5 years since Death From Above 1979 played a show, 10 years since Jesse played me the first demos & 11 years since we sat in his parents basement and played so loud we knocked the china off the shelves upstairs. 11 seems to be a YES number for me. Though I am usually a pretty rational guy, if I have something on my mind and I see an 11 somewhere, I know I’m on the right path.

It’s one of my last remaining superstitions. 2011 has a nice ring to it & if you’re so inclined, it may be the last year ever! So why not say YES? Why not say YES to Coachella? Why not say YES to playing the music we designed to be an undeniable source of power? Why not say YES to stirring up a writhing pit of sweaty humans? YES to riots! YES to heavy music! YES instead of maybe, and YES to make death your adviser and remind yourself always, that this is not a dress rehearsal. This is the big show.

Jesse and I have decided that what we can do together should not be denied.

Together again, as was always the intention, as a collaboration.

The collision of two different worlds.

As this all takes shape, we will reveal it to you.

All of it happening, as it always has, in our own way.

Thank you all for sharing in our excitement!