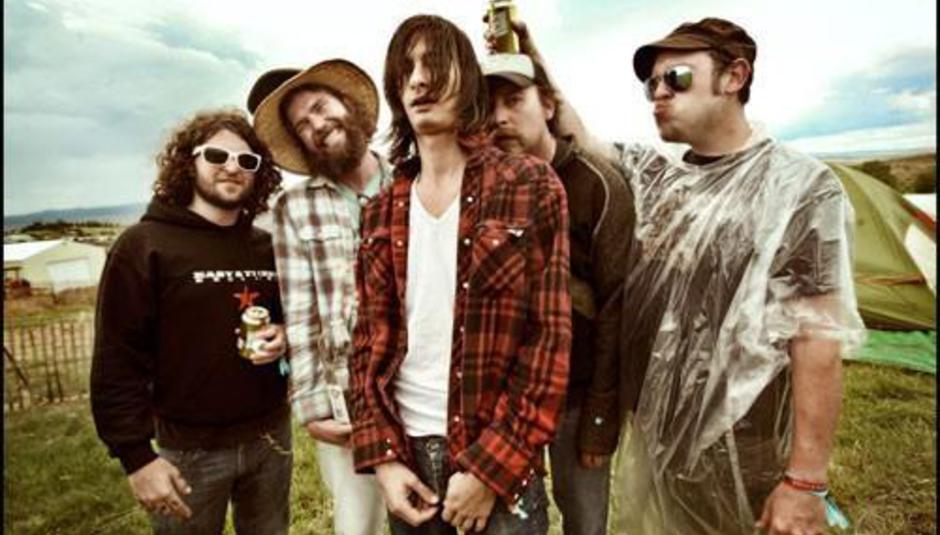 Two of Athens, Georgia's finest exports, Dead Confederate (pictured) and The Whigs have announced a co-headline tour of the UK during the last week of February.

Having toured almost non-stop since the summer in support of second album Sugar, which received a healthy 8/10 here on DiS, Dead Confederate's return to UK shores coincides with the release of a new single, 'Run From The Gun' on February 28. The track, taken from the aforementioned Sugar, will be available via Kartel as a download and seven-inch vinyl.

Meanwhile The Whigs, having just completed an arena tour supporting the Kings Of Leon release their third long player, In The Dark on 24th January. They also have a single out ('So Lonely') to coincide with the tour on February 14. Both will also be available via Kartel.