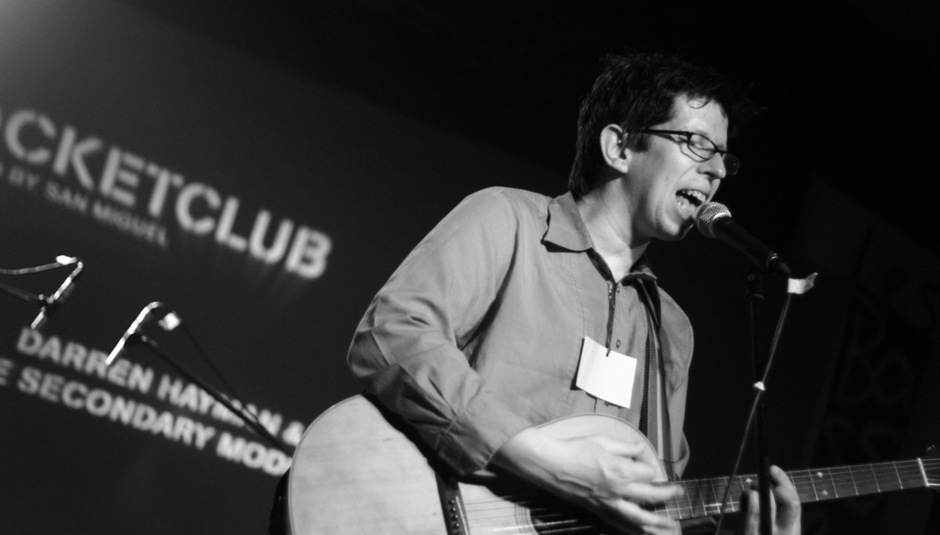 Darren Hayman is not to be confused with Darren Hayes, lead singer of Savage Garden, although I gather this has happened several times, much to Hayman's bemusement. Anyway, the former lead singer of Hefner was recently awarded a 9/10 for his current album, The Essex Arms. Read that review here. So, it's undoubtedly a very good thing that he's got some new music on the way, lots of it.

Throughout the month of January next year Hayman will write, record and release a spankingly fresh track every day, with each being released through his website and free for download. That's pretty nice of him. There will also be other musings, artwork for the tracks and a journal.

Hayman himself said that they won't all be good, but some of them might be. I think that's on the side of modest, but also cautious, something which is to be welcomed. It's a virtue whatever anyone says. He also hopes to ripe in some of his musical friends. Darren is "no stranger to collaboration", having had Emmy The Great (see video below), Amelia Fletcher and The Wave Pictures work with him. The project can be found here.