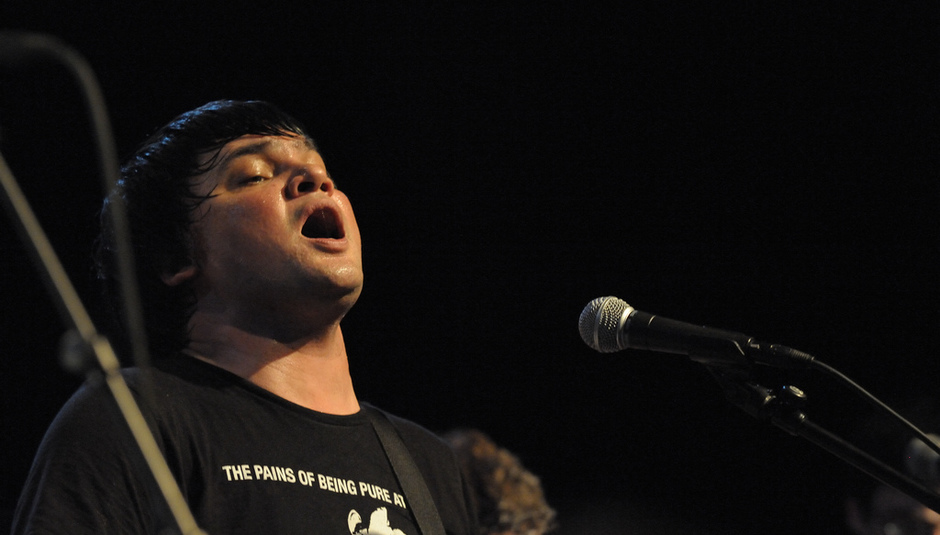 Hey! It's time for a new ...And You Will Know Us By The Trail Of Dead track. It's not streaming here, but it is streaming over at Spin.com, which is a very, very, very good reason to visit that website, even if you don't normally do so. The track is called 'Summer Of All Dead Souls' and is a motivating piece of work, at least in a semi-physical sort of way. Not quite wall-punching in its intensity, but approaching it.

Their new record is on the way, too. It's called Tao Of The Dead and comes out in the UK through Spinnerball Music on February 7. It was recorded with Chris Coady and Chris "Frenchie" Smith, by the way. According to Spin, the album is split into two parts, with each recorded in a different tuning. I won't bore you with the details of which is which because it is just too dull to contemplate.

"It's the way I listened to albums when I was a kid, seeing as some of my favo[u]rite records were Pink Floyd's Dark Side of the Moon, Yes' Relayer and Close to the Edge, and Rush's Hemispheres. I always liked listening to records that were just a continuous piece, like an orchestra or a symphony."

More about it can be read at Spin, so go there. Below is the tracklist for the record, however. 'Spiral Jetty' creates an interesting mental picture.