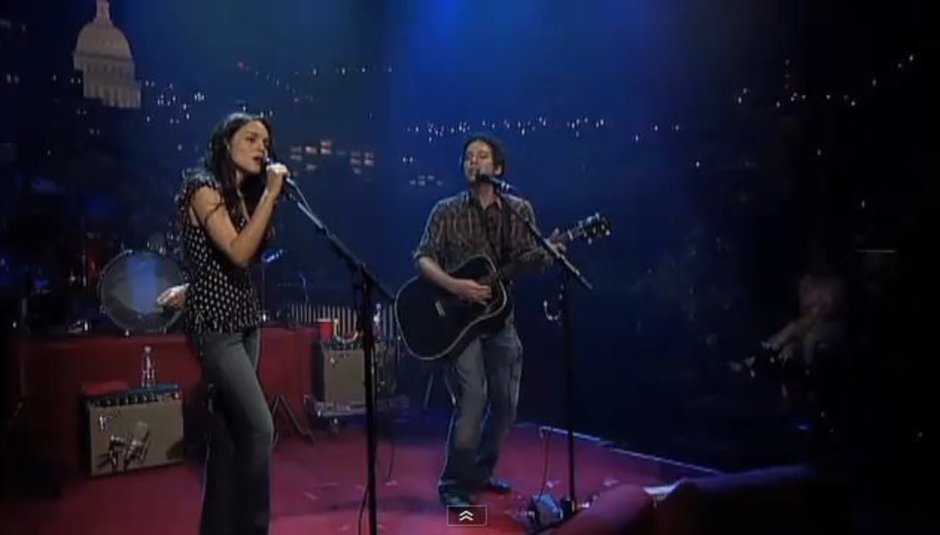 Next Monday - November 16 - Norah Jones releases an album chock-full of collaborations. That's the general idea of it, actually, as it's called ...Featuring and has a whole host of guest stars, as you'd expect. These include Belle & Sebastian, Herbie Hancock, Ryan Adams and The Foo Fighters.

It's just the one of them which concerns us today, however, and that's M.Ward who rears his head and voice on 'Blue Bayou', the album's closer. We've got an exclusive video of the two performing together, as well as Norah's thoughts on it all. Have a peek below

The full tracklist for the album is below: