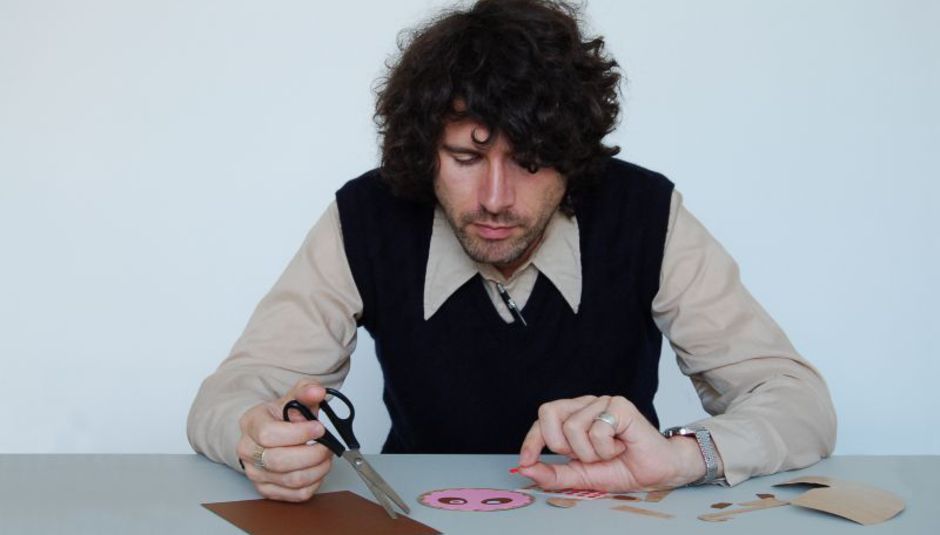 Over the last few weeks there's been a drip-feed of information about Gruff Rhys's new solo record. We'd learned about the release date, the tracklisting, even saw a video. But there was still no title. Or rather, we didn't know what the title was. Well now we do.

It's called Hotel Shampoo and, to remind you, it comes out on Valentine's Day next year, February 14. It is, apparently, in homage to the man's tendency to keep shampoos from various hotels across the world. You know how it is. Some of us just use them. As a result an art installation has been created. Here's what he had to say on the matter:

"In 1995 I began touring the world industrially as a pop musician. A gleaming new cosmos of hotel accommodation opened up for me and in an instant I was seduced by the free product available in the rooms. I hoarded these objects in a rush of mild kleptomania. Every room in my house began to amass these plastic bottles and various, hotel-related things from every continent on earth (except Antarctica).

"Having never kept a journal these items have become like diary entries, triggering memories of all those buildings and random people I've met and inspiring some of the songs on the album.

"As an act of revenge against the colonisation of our house, I vowed to build a hotel out of the items and sleep in it. The resulting Hotel Shampoo creation serves as a monument to the waste that’s produced in our disposable age and to catalogue my transient existence."

Below you will find a video of the installation, as well as the album artwork itself. Interesting stuff.