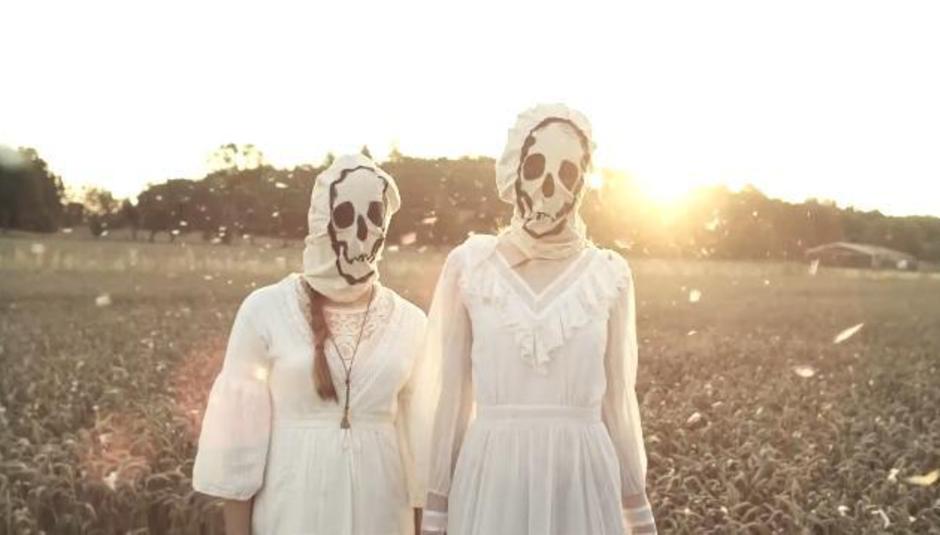 More video goodness for you today, this time from Swedish sister-act First Aid Kit. It's for their next single - 'Ghost Town', which is taken from their debut full-length record The Big Black & The Blue, and is available to buy from various sources.

The video was directed by Mats Udd and was filmed earlier this year (in the summer, to be precise) in Stockholm. Here's what Klara and Johanna had to say about the filming process. Watch below:

“We filmed it during a beautiful summer's day at a wheat field and a meadow in Stockholm. Mats Udd and his crew did a fantastic job and really captured the spirit of the song. It's inspired by Picnic At Hanging Rock, among other things,” explains First Aid Kit’s Klara and Johanna Söderberg. “The shooting was a lot of fun, but we got over 100 mosquito bites each (!!). However, it's all for the art, right?”

'Ghost Town' will be released digitally on September 27 on Wichita Recordings. It will also include a cover of fellow-Swede Fever Ray's track 'When I Grow Up'.

'I Love The Living You'