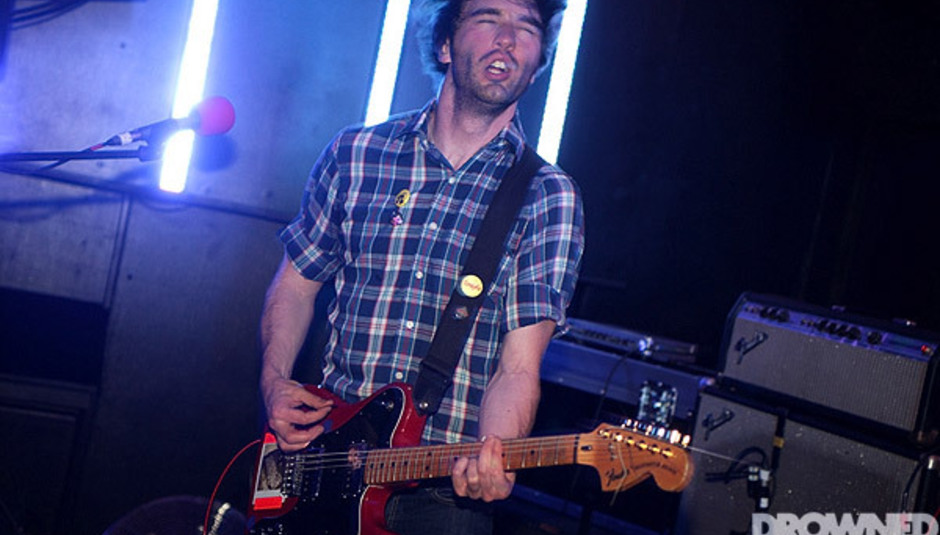 Energetic Canadian duo Japandroids are currently in the process of releasing a series of 7" singles which, in the end, will total a whole FIVE. So far they've released two of them, but now (well, soon anyway) there's another on the way, hurrah.

This one is 'Heavenward Grand Prix' and will get a physical release on November 15 in the UK through Polyvinyl Records. The good news about this particular single, however, is that you can get it entirely for free very soon. Now, in fact.

You can grab the mp3 file by clicking your mouse in this direction.

But what encouragement to actually buy the single when it's released? There's a B-side cover of PJ Harvey's 'Shame' on it and also it'll be limited to 2000 copies, so whilst not massively limited, fairly limited it is. Each of the two-song 7" releases have been (and will be) recorded at the Hive, where the band recorded their current record, Post-Nothing. Just so you know what value you're getting, roughly.

The band don't have any immediate plans to return to the UK, but if you are reading this from the confines of the United States of America, their current tour with The Walkmen may be of interest to you. Visit their MySpace for more on that.