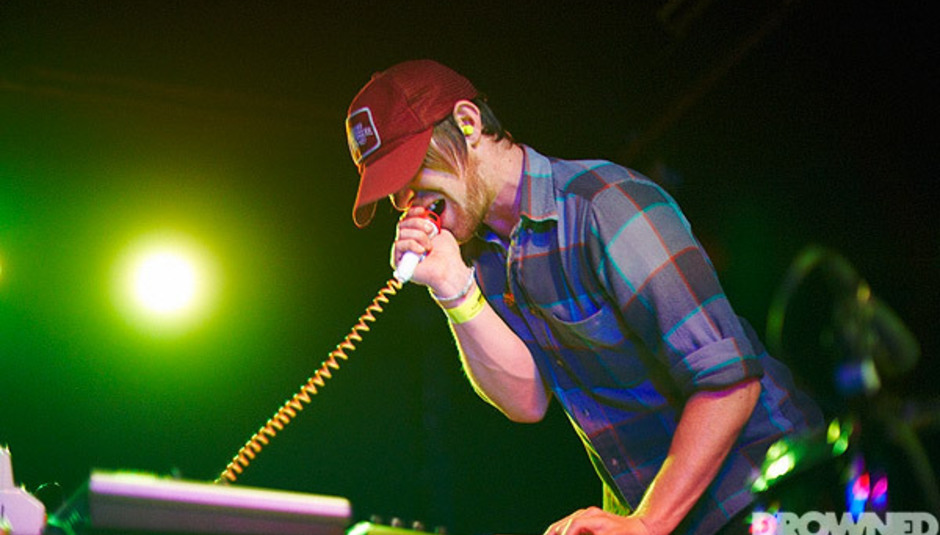 Thousands of you voted in our alternative Mercury Music Prize and we have a winner...

This year's Neptune music prize marks an exclamation mark at the end of 12 incredible months of innovation and brave artistic decisions. The competition was tough. It was close. Very close in fact. But inching it at the final furlong, just beating Four Tet and These New Puritans, was a truly inventive album that defines the renegade spirit of independent music, a record which has inspired and awed many of you. That long-player is Tarot Sport by Fuck Buttons.

We've not got £20k to give them like the Mercury's but DiS has a few ideas of what to give the band for a prize. Last year's winners Late of the Pier never claimed that fish supper, so we'll leave it to you all to pick in the comments section what the Bristolian duo (Andrew Hung and Benjamin John Power) should win, although they've clearly already won many of your hearts and minds, which is possibly enough for the microphone-munching, uncompromising makers of Tarot Sport's digital drones.


If you don't own a copy of Tarot Sport pick it up now on via their label ATP Recordings' website or if you're lucky enough to be going, pick up a copy from the merch desk on their current US tour with Pixies.

Visit drownedinsound.com/neptune For a quick reminder of the nominated albums

DiScuss: "Rolo Tomassi was robbed?" Who did you vote for? Surprised? Shocked? Happy? Early predictions for next year's winner?