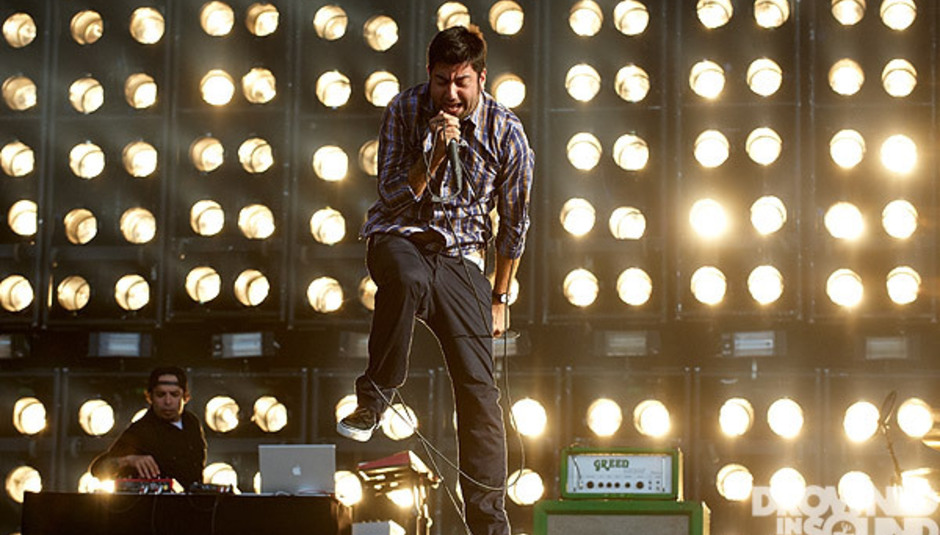 Following on from their excellent LP earlier this year, legends of rock Deftones will be returning to the UK once again for a seven-date tour, kicking off in Glasgow on November 12. There are more dates, of course, point your eyes below to see just where and when they occur.

“We’re excited to be returning to the UK and Europe this Fall for our first proper headline run for Diamond Eyes. The new stuff is sounding huge live and has been a blast to perform, as well as the oldies but goodies we plan to sneak in the sets. It's gonna be rad!

Support on the tour comes from the polarising Coheed and Cambria. Claudio Sanchez seems like he's looking forward to it, and as well he might:

“We are really psyched. I love the new Deftones record and to be able to return to the UK and Europe with them is really exciting, it’s the perfect tour for us.”

2010 also marks the tenth anniversary of the band's seminal White Pony and to celebrate that album, it's being re-released as a double vinyl edition which is available to purchase from here and here only. So you know what to do, then.