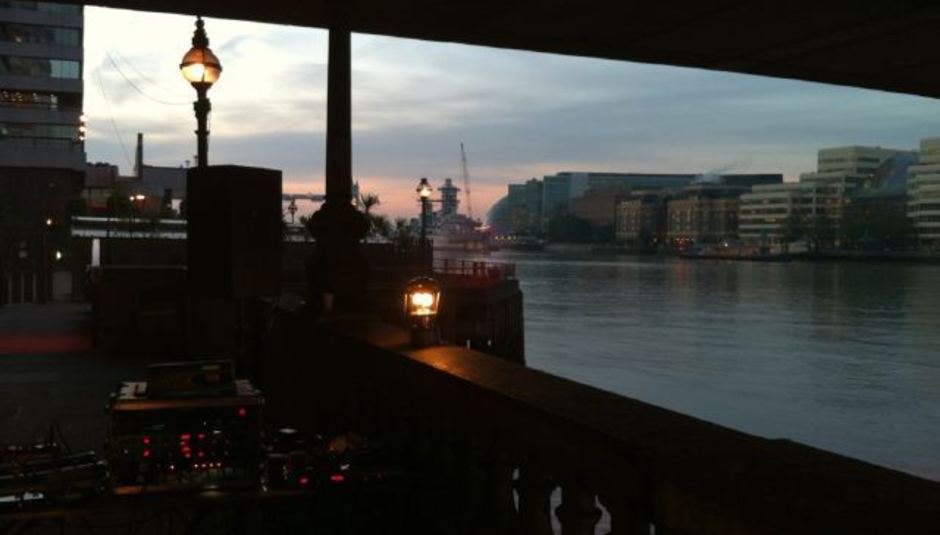 Lemon Jelly's Nick Franglen is getting all experimental today, making music from the passing commuters and and a theremin. Yep, it's as though London Bridge is not an interesting enough place as it is (via BBC 6Music News). It will go on for 24 hours - having started at midnight today - and sounds will be made from passing footsteps and whatever the hell else goes on during the day and night. The main picture, by the way, is of his setup at 6AM this morning.

"I really want people that walk over the bridge to feel like they have contributed to this piece like I have, this isn't usual music, this is something very different, it might turn into something very special when the sun comes up!"

Listen to what else he has to say about it all below:

Go here to find out some more about it, and also to watch a live stream of the 'event'. It's not on air at the moment but will be at some point. We hope. Click here to hear the actual thing. I have to say that it's very similar to 'Bells' from the new Women record. Almost indentical, in fact.

It's interesting enough, if a little bit fragmented. Signal's not too good under a bridge, you see.