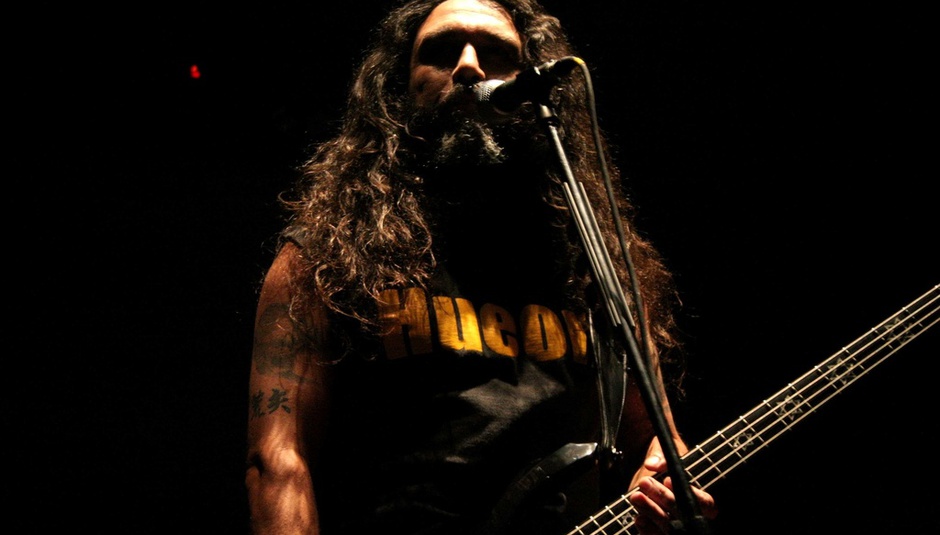 Thrash metal pioneers Slayer will release a 10-album box set of all of their Def Jam and American Recordings albums, starting with 1986's Reign In Blood and finishing up with last year's World Painted Blood. Lots of stuff about blood in these here albums, yes.

The ten albums which will feature on 11 sets of vinyl will be:

The box set, entitled The Vinyl Conflict (cos it's all on vinyl, ennit), will come out on October 11. Hefty stuff. The price? Also probably quite hefty, though we aren't completely sure. Pre-order from here.

All ten albums have been remastered from the original analogue flat master tapes and were also pressed on super-high-quality 180 gram audiophile vinyl (is that a thing?!) at RTI, apparently the most-respected pressing plant in the US. Ahem.

Sony Legacy's Adam Farber had this to say about it:

"The vinyl box is a real treat for fans, especially with today's renewed and increased interest in vinyl. It’s been years and years since the Slayer vinyl has been in print - only the two most recent albums are currently available on vinyl, the rest have been out of print for years and very hard to find. These albums sounds spectacular - they sound like you’ve never heard them before."