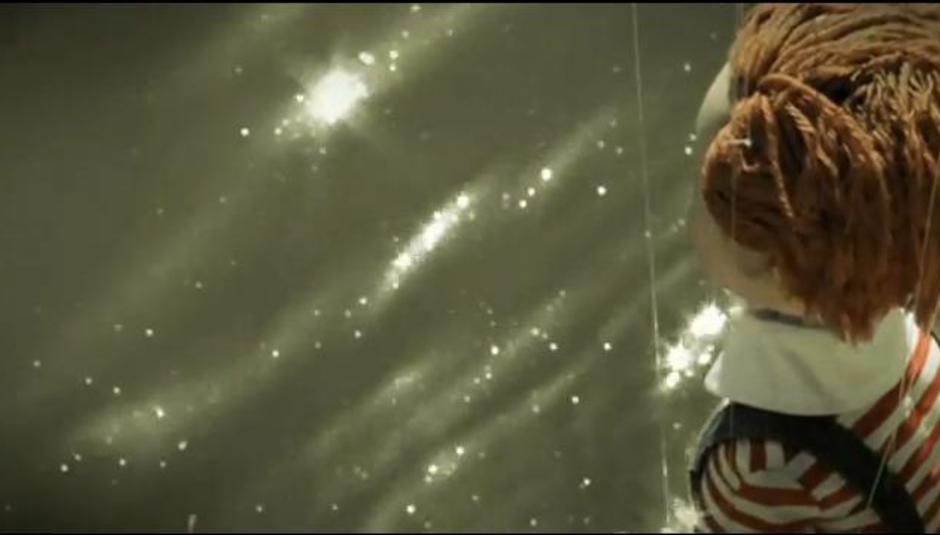 The Twilight Sad release a new 12" on September 27. It's called The Wrong Car and that is also the name of a track from the record, for which there is a video. It's seven-and-a-half minutes long ferchrissakes! That's amibitious. Anyway, you can watch it below, and see the tale unravel in the best way. Massive eyes.

Here's what director Nicola Collins had to say about the video and the process of making it:

"When I first listened to the track, it was so honest and powerful that I couldn't help but feel reflective, so the video was born out of how I was feeling at that particular moment in time, it was like shedding a nightmare. Working with a puppet was wonderful, he didn't whine once and he had no ego! "