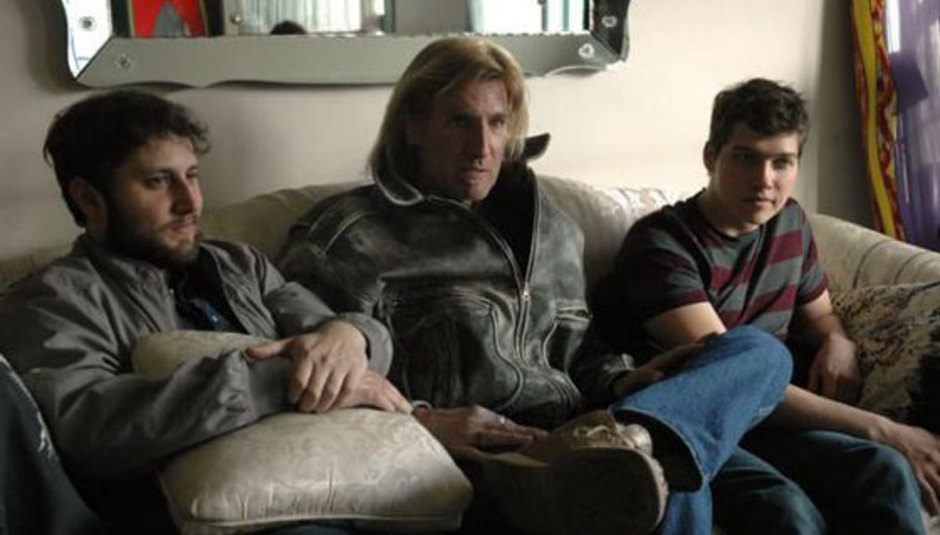 Brooklyn's Small Black will release their debut album, entitled New Chain, on October 25 through Jagjaguwar, following on from the quite frankly great and critically praised self-titled EP. Wonderful stuff.

The record was mostly written and recorded in suburban Delaware. Whether that gives a clue as to what it will actually sound like is uncertain, but I can't imagine it being too meandering for its own good. It was also mixed by Nicolas Vernhes, who has worked with Animal Collective and Dirty Projectors, at his own studio in New York City.

Lead singer Josh Kolenik says, on the record, that the band were: "trying to take the excitement and stimulus of NYC to a place far from distractions, where it could be organized properly." What might serve as a better indicator to the album's feel is an mp3, though. Fortunately there's one available at no cost at all. It's called 'Photojournalist' and can be obtained by clicking yer mouse here.

Tracklisting and artwork for New Chain are both below: