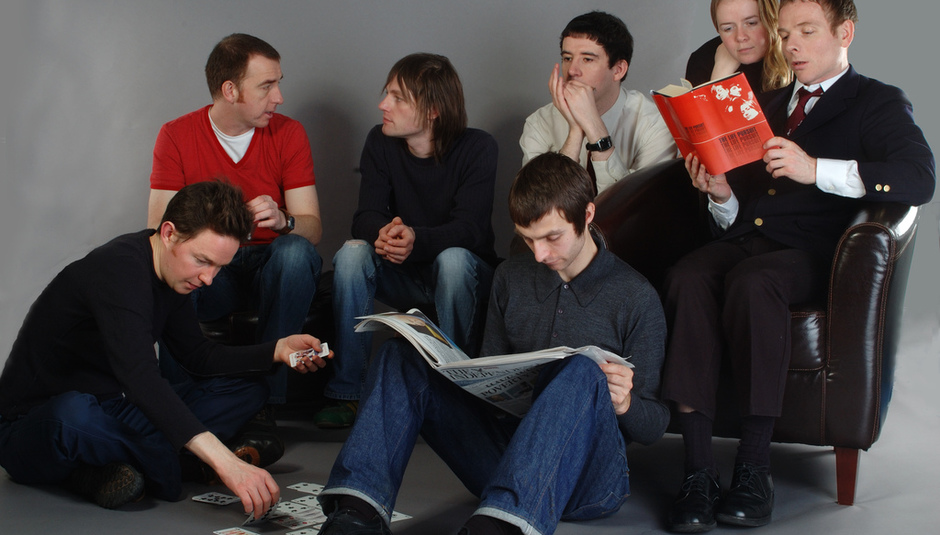 Belle & Sebastian have sensationally unveiled the title of their new and upcoming album, as well as revealing what the album art is going to look like. The record, which we hope will be released this year, is called Write About Love. Main man Stuart Murdoch said on the band's blog:

"While I was doing the art, I got Kim from the ace Glasgow band, Zoey Van Goey, to write this in chalk in a few secluded spots in Glasgow and I took her picture. If you haven’t already, you can see her on the splash page."

That is not the end of it, though. Murdoch is insistent on having his fun and games. Read below to see what he's got in mind for you...

"What I was thinking is that it would be fun if some of you tried the same thing, and either filmed yourself doing it, or got someone to take a picture (it would be good to see you with your work!). You can then upload them to our Flickr group here for everyone to see (you will need to sign up to Flickr if not already a member and join the group)."

"We’ll choose some of the most scenic, artistic and elaborate ones and present the best submissions with a trophy of some sort! To sum up, I’d like to see pictures or footage of you writing either Belle and Sebastian Write About Love or Write About Love in secret or public places, in the town you live in."

It does sound quite fun, to be honest. You should post your pics here. So, here is the cover art. It's quite...what you'd expect from the band. Still it'll make a lovely poster! Also, imagine it without the bits of text at the bottom...because they're not on the real thing. Obviously.