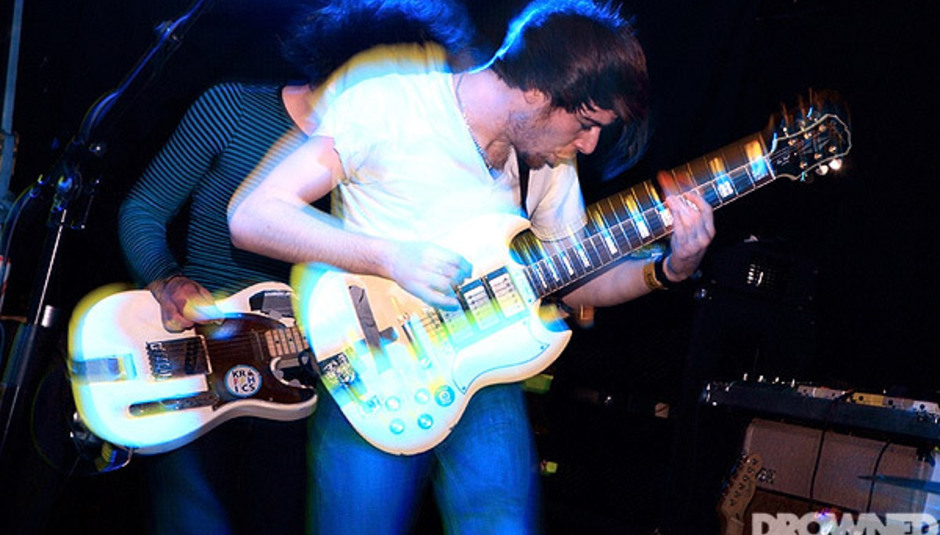 Our (if not everyone's) favourite Leeds-based noise-merchants (and there are a few of these) Pulled Apart By Horses have announced a batch of live dates for September, as well as the next single from their debut self-titled record. The dates of the shows you can see below, but the single will be 'High Five, Swan Dive, Nose Dive', which comes out via Transgressive on September 6.

“It’s a celebration of fired up dancing and the slapping of human palms connecting with one another. It was penned to unite its listeners via the medium of discordant wailing and flailing bodies. We hoped to infuse dance floors and peoples legs with its reigning rhythm. It's good for your health to party, so here is a musical invite to ours!”