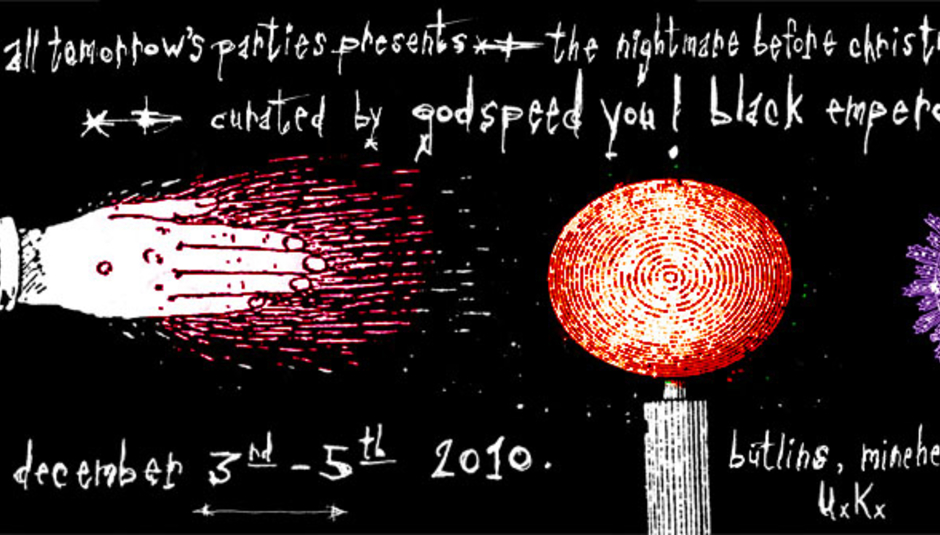 As the summer festivals continue to end (boo) our eyes draw focus towards the ones which happen later in the year. There's a couple of fairly famous and renowned ones going on in December - both ATPs, but it's the Nightmare Before Christmas which we're concerned with at the moment, as a new raft of acts have been announced for the festival, curated by the re-united Godspeed You! Black Emperor.

Joining the previously announced batch will be these:

Investigate some of them if you will. They join:

The festival runs from December 3-5 at Butlins, Minehead. More information available here and on the banner below and above.