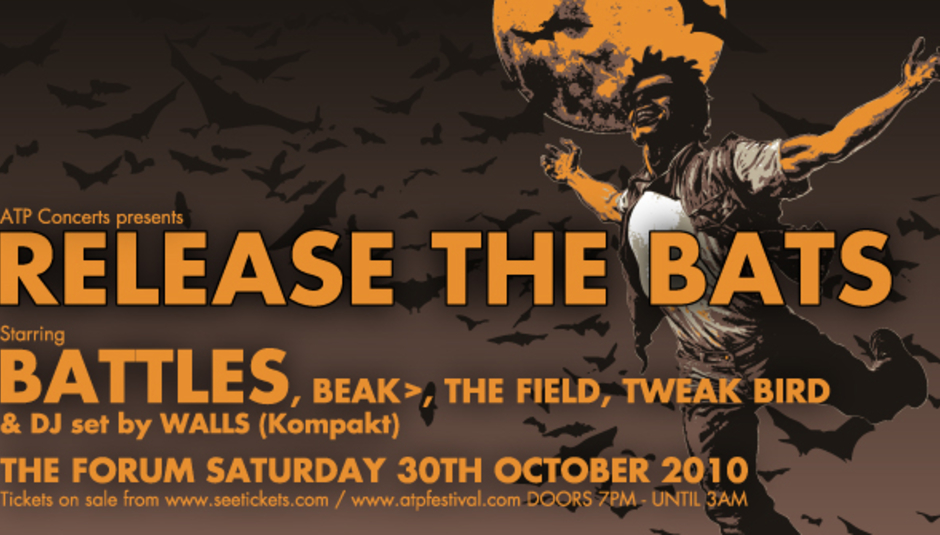 Right, we all know ATP love a ghoulish party or two what with the whole Nightmare Before Christmas thing. And then of course there's the Halloween party they put on every year named Release The Bats. It is just that edition which concerns us now, as they've announced the full line-up and ticket details and a few other bits and bobs.

The good news for fans of what some people might call 'angular' music and others might call math-rock is that Battles will be headlining 2010's version, with a lovely and stellar support cast, too. Read below for just who else is playing, OK?

Brilliant, ennit? This year's event takes place not on Halloween but the day before, Saturday October 30. Where exactly, though? At the Kentish Town Forum in London. Which I think is now sponsored by HMV, probably better get something about that in there.

For those interested in Battles but based on the East Coast, the band have also just confirmed a show on October 26 at New York's Le Poisson Rouge. Almost certain to be good. The show runs from 7PM - 3PM and is restricted to those including and above the age of 18. Tickets available from here and here. On sale now. New material from Battles ahoy, surely?