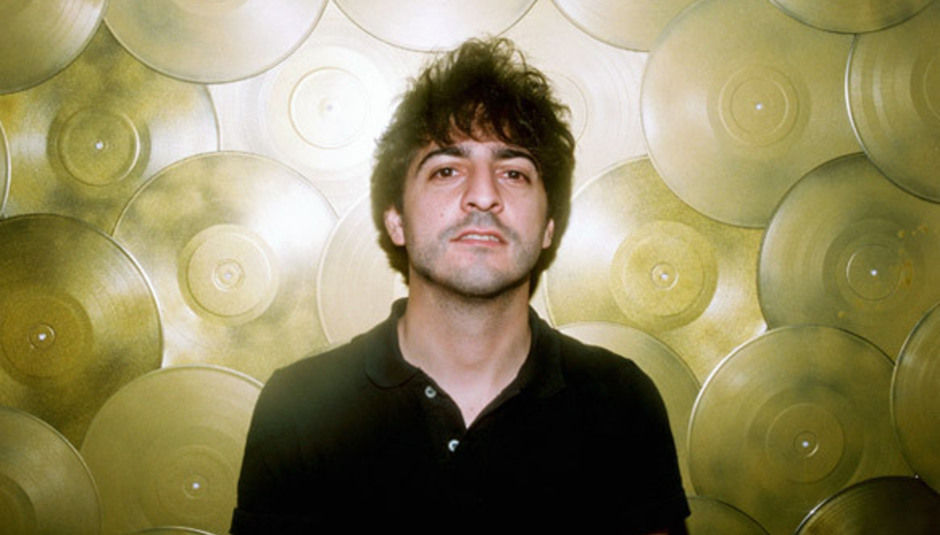 At first I thought that was El Guincho sitting in front a pile of cymbals. It turns out it's not. It's records, either made from gold, gold-plated or just sprayed gold.

Anyway, we hope that his new one is gold-plated or at least pure gold in musical terms. Oh yeah, a new track is available for you to download from the Canarian native. You can get it from the official website, which you can access by clicking here. Let us know what you think!

Apparently the track is about:

“When something in your life suddenly changes and everyone around you tells you that you've changed a lot, that you're not the same anymore. But it's the circumstances that really makes you look different, it's how they look on you in the new context that distorts their perception.”

And here's an interesting - or not - fact about it, it was recorded in four different studios. Berlin, Madrid, Gran Canaria and Barcelona. It was also mixed by Jon Gass who has previously worked with TLC. Yeah. El Guincho is currently gearing up to release the three-volume Piratas de Sudamerica, the first volume of which is out on July 12. Artwork below: