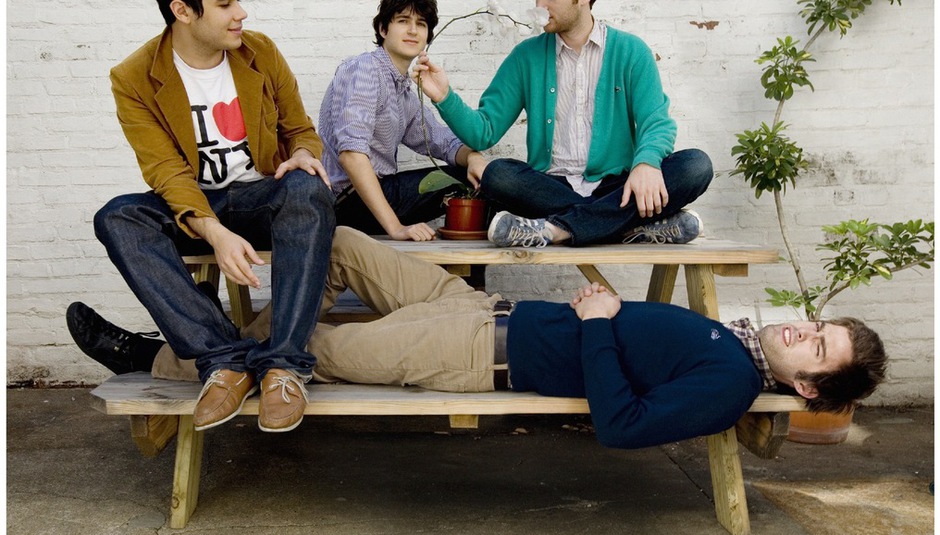 A double whammy of Vampire Weekend-related news for you here, some of it good, some of it less so-good. First of all the good. The band have announced a fresh set of dates for later in the year, though only a handful, but surely enough to get your fill. They'll play six shows at these places on these dates. Check them out!

Tickets for the tour go on sale on Friday July 23 at 9AM. Fans are advised to check the band's official website for more of the relevant details. Further to that, the band will release another single from their 'SOPHOMORE RECORD' (there are fewer bands where this phrase will be more applicable) on August 16. It's 'White Sky'.

Now for the bad(ish) news. The cover girl for the group's current record, Contra, is attempting to sue the band and the photographer to the sum of $2m dollars. Which is quite a lot. The woman, named Kirsten Kennis, filed the lawsuit yesterday in LA, claiming that the photo release form was forged, or at least the signature on it was. Strange and worrying.