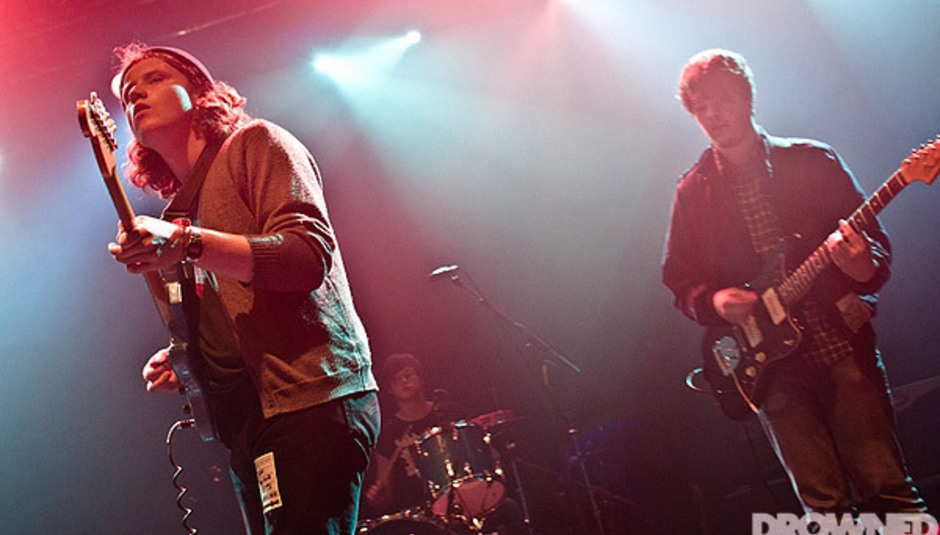 If Spectrals aren't quite well-known for their blissed-out, hazy, summery, short and sweet guitar-pop then they will be very soon. Or they at least deserve to be. I was gutted when my washing machine broke earlier in the month, as that a) flooded the kitchen with stagnant water and b) meant I missed them supporting Slow Club at KOKO.

They release a new single on July 7 through Slumberland Records. It's their debut single for that label in fact and hopefully the start of a long and fruitful relationship. It's called '7th Date' and is backed by the b-side of 'Don't Mind'. You can listen to track A of the single below, via the embedded SoundCloud player.

The band have these dates lined up for July: