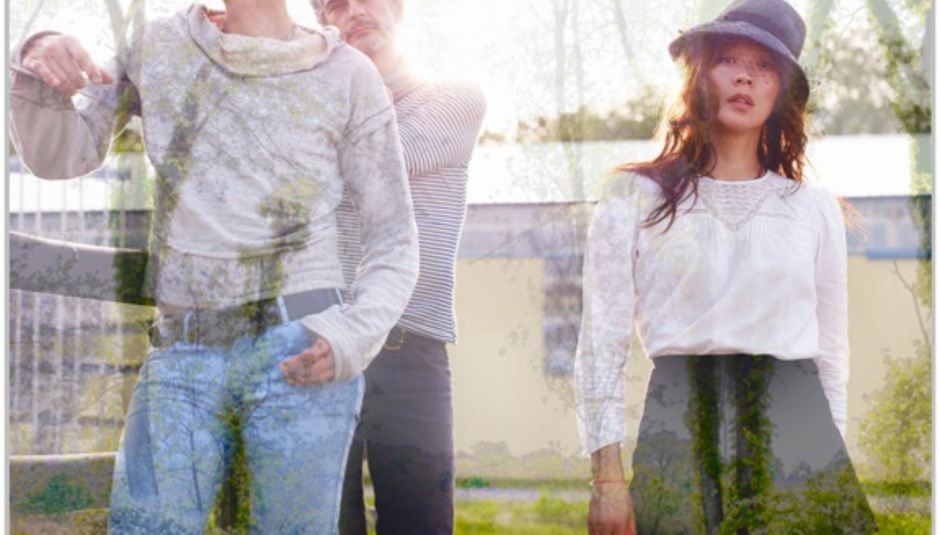 New York's Blonde Redhead will release their new record, Penny Sparkle, on September 13 through 4AD. It's their fourth for that label. The album was made over the course of the past twelve months between New York, Stockholm, with production work undertaken by Van Rivers and The Subliminal Kid.

Kazu Mazino puts a little bit more light on what the record is. Not a great deal, though, it's all a bit cryptic. She said:

“I can't say what Penny Sparkle is about just yet. I remember talking to Ed (from 4AD) one day and telling him that I had a vision that I was traveling to far away places to complete it. (Then) I landed in snowy slippery Stockholm..... and here. I fell in love with the music like falling for someone you've known for a long time. It was dreamy and sometimes was very stormy. At times I felt like a shepherd who was trying to herd five stallions into a yard (unsuccessfully). I felt like I was a link to everyone. I remained still and the others were constantly moving around it. I am not sure what Penny Sparkle is but I hope I offered to them as much as they offered me. I know that we have never made a record this way and if I could go back in time, I would do it exactly the same way again.”

You can also get your hands on the opening track 'Here Sometimes' by visiting the official website. To support the album the trio have just announced a European tour, including a singular date in the UK. Here they are then: