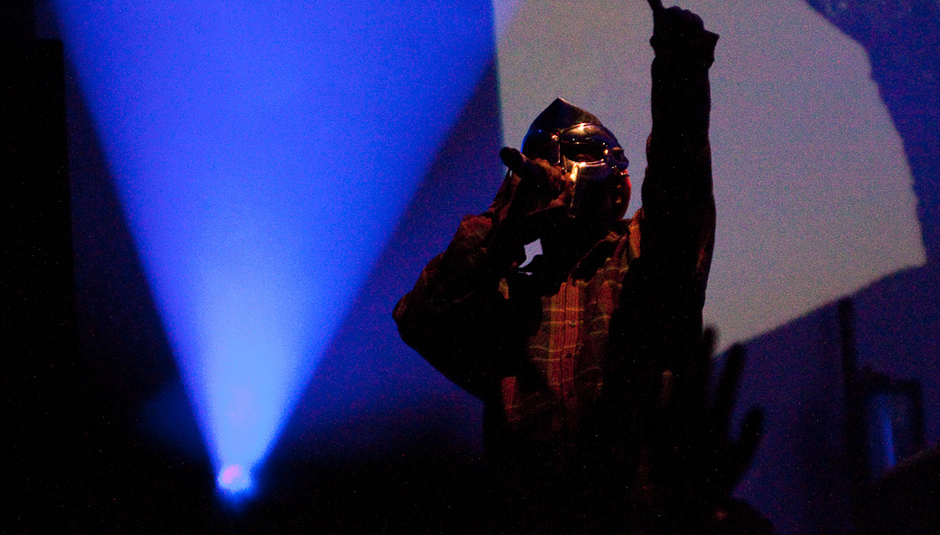 So, us grimey Limeys waited quite long enough for mysterious MC DOOM to perform over here, which is something he finally managed in March, when he featured as part of Sonar London's showcase at The Roundhouse. There were generally mixed reports from that.

Now there's more - the man himself has announced a four-date UK tour for the first time ever. Again I point out that fans in Wales, Northern Ireland and Scotland will be disappointed as everything takes place in varying corners of England. But still, trains plans and automobiles are available for transport you know?

Here are the dates, all in October:

The shows are dubbed the DOOMSDAY tour, as was the Roundhouse show in March. Tickets go on sale for all dates at 9AM this Friday June 18 from SeeTickets. Tickets are priced at £22.50 for everywhere except London and Brighton, where they will be £25. Support slots for each show will be confirmed in the coming weeks, so keep them peeled, aye?

Earlier in the month we reported that DOOM would release a live album called Expektoration. That'll be out in September, hopefully.