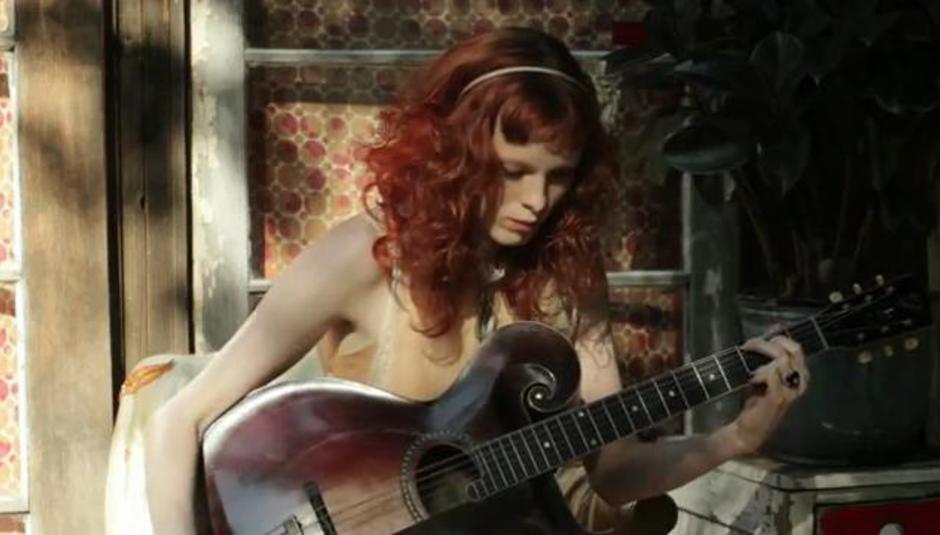 You may know Karen Elson as a model. You may also know her as Jack White's wife. But she's also a recording artist in her own right and yesterday released her debut album, The Ghost Who Walks, which came out through XL Recordings.

Along with her husband, who helped out on the record, also featured on The Ghost Who Walks are Rachelle Garniez, The Dead Weather's Jack Lawrence, Carl Broemel from My Morning Jacket and Jackson Smith - Elson's brother-in-law. Jack White played drums and produced proceedings, too. The album is made up of 11 tracks in total, including a cover of Garniez's 'Lunasa'.

We've got the video premiere (if you will) for the track 'Cruel Summer', which you can watch below. What an oddly shaped guitar it is. It's a bare-bones sort of approach, but you get the picture, simplicity is key.

Karen unfortunately had to cancel and reschedule some of her recent UK dates due to the volcanic ash cloud, but she's currently going around the USA doing her thing. Click here to visit her MySpace and listen to a few more tracks as well as a few other things, like.