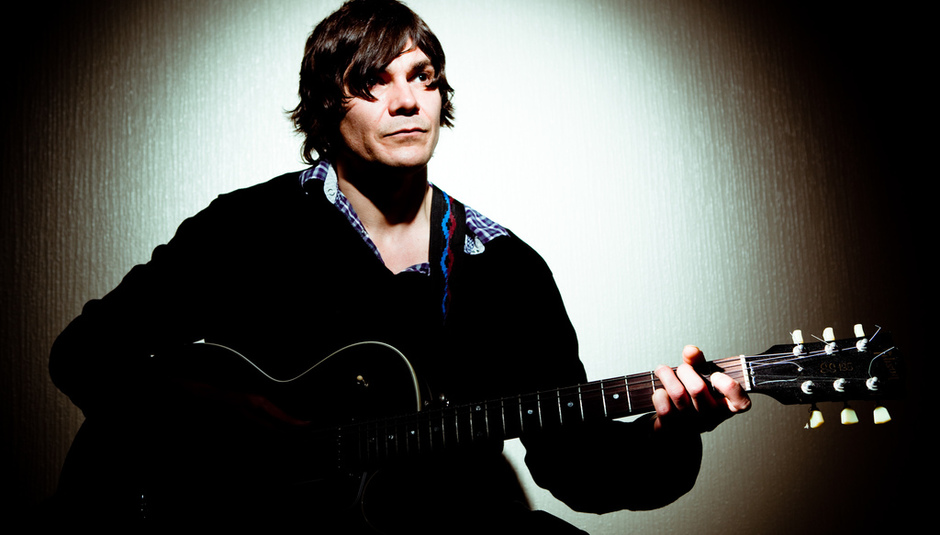 Of course you're probably familiar with the solo works of Euros Childs, former frontman and founder of Gorky's Zygotic Mynci. But there were other people in that band, too. And they also have solo projects, including bassist Richard James, who releases his second full-length record on June 21.

That release, called We Went Riding, comes out on June 21. It's James's first album since Gorky's split up in 2006. A change in tone and direction from debut The Seven Sleeper’s Den is taken by James, with WWR definitely being closer to the 'experimental' side of things, the man himself saying that he wanted to be ambitious in the production of the album. And it appears he has.

We've got an album outtake to download. It's called 'Autovahn'. Just like Kraftwerk's 'Autobahn'. You can sort of guess the rest, but it's lovely, sprawling and digital. Get it by clicking below:

Featured on the record, produced by Iwan Morgan, are Euros Childs and Cate Le Bon, who provides vocals for the closer 'From Morning Sunshine'. To support the release of We Went Riding, Richard'll be playing these places across the country:

Autechre to release new 10-track record, listen to one now