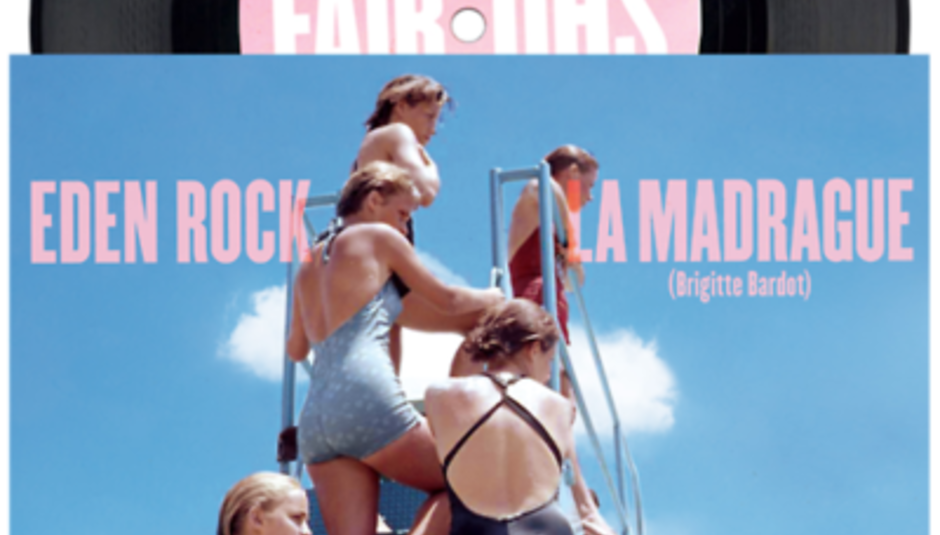 SoundCloud really is brilliant, isn't it? More from the innovators of audio and musical streaming themselves later in the day, but first news that Fair Ohs have uploaded a couple of new tracks to that very website and, in turn, to their Tumblr. It's a neatly and beautifully designed area, so visit it if not for the music, then the VISUALS. But seriously. Visit it for both.

I'd suggest that, as the weather forecast looks relatively promising for the next few days, this is a good place to start. Of course, now is the time that every Tom, Dick and Terry will be proclaiming tracks, bands and albums as "perfect for the Summer", but don't let that fool you, listen for yourself. "Sun-drenched".

First one up is called 'Eden Rock', which is the a-side.

Next one - the b-side - is called 'La Madrague' and is a cover of a Brigitte Bardot track, as the parenthesis on the Tumblr indicate. This one's for waking up with a stonking hangover in the hot, hot sun. Possibly with or without vomit baked into your bed, clothes, floor or beard.

Artwork for the single - which will be released through Sleep All Day Records looks like this. Limited edition 7" I'd guess. Limited to 250 copies. Designed by Simon Whybray who, I have reason to believe, is in that band TEETH. Yeah, lovely stuff.