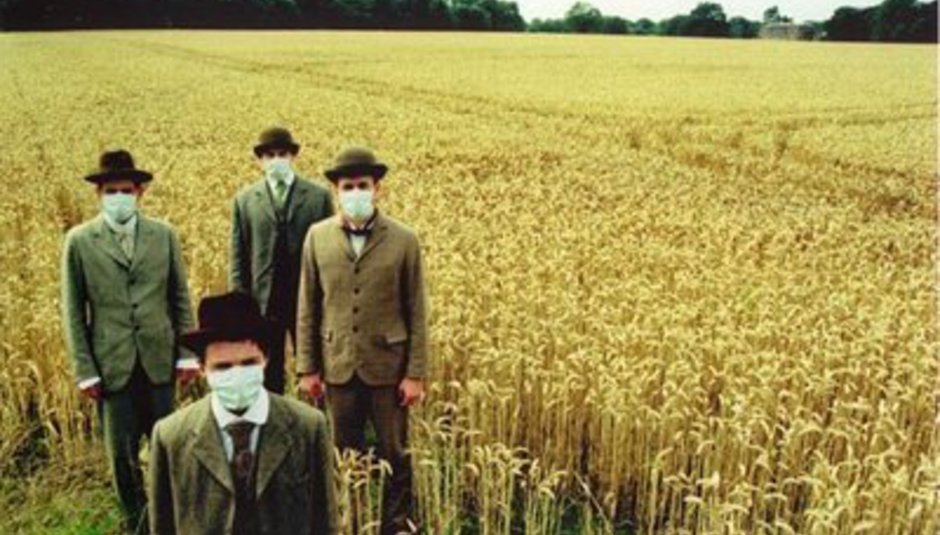 DiS done got our own little festival! Yes sir, between Friday 4th June and Sunday 6th we'll be taking over our favourite Sheffield establishment The Harley for an entire weekend of live music - curated in partnership with the venue - and we're absolutely delighted to announce who and what we've got in store for you.

Kicking things off with a masked bang, we've pulled off a bit of a coup in the form of one of your correspondent's absolute favourite bands - like, ever. Clinic play an increasingly rare live date, and with a new album in the works this promises to be one the first opportunities to hear what they've got in store. In the intimate confines of The Harley, it's going to intense. Just before that, also previewing new material, we've another of our faves – Leeds art-poppers Grammatics. Having had a sneak preview of their latest stuff, we can tell you it's A. more electronic in nature, and B. every bit as ace as their previous oeuvre. The Sheffield scene is represented by the indescribably diverse alt/hip-hop/electronica collective The Legend of the 7 Black Tentacles and ace noise-rockers Kill The Captains – both of whom excelled on their previous appearances for us. Death By Shoes DJs will entertain between sets with their usual choice alt/rock/noise cuts.

Once you've recovered from that, time to get up and do it all over again – only this time with more bands! Headlining for us on the 5th, we've got everybody's favourite punk-pop trio, Johhny Foreigner. Sheffield loves JoFo, and their shows for us in the past have been some of the best we've seen – big fun guaranteed. Not so much is known about Islet, except that they're ace. This intriguing Cardiff lot, who've no Myspace (that link's to a fan blog with some press clips and vids), haven't been around for long but everybody who's seen them tells us they're special. Come and see for yourself. Also on this bill is one of Sheffield's brightest young hopes, Mairead, plus several more still to be confirmed. Offbeat DJs provide the betwixt-bands tuneage, which means indie-pop goodness all day long.

The final furlong of the triple-header sees a long awaited return for Leeds' Sky Larkin on Sunday. The trio recently announced second album Kaleide (and a free download of the title track), so once again expect to hear Stuff You Haven't Heard Before. Joining them will be Cats In Paris, who haven't played for us in waaay too long, Golden Disko Ship, Howls (Stephen Fretwell's Myspace-less new project), Cats:For:Peru and Pygmy Globetrotters. An epic day of music, which will then be followed by your hosts DiS, Dash and Blast and Tender Maulings all over the decks until the wee small hours. Bring your dancing shoes.

Tickets for all this fun retail at the scandalously cheap advance price of £15, and can be purchased now from the venue or online via SeeTickets and WeGotTickets. We hope to see you there!

Keane beat Foals and The National to number one album slot