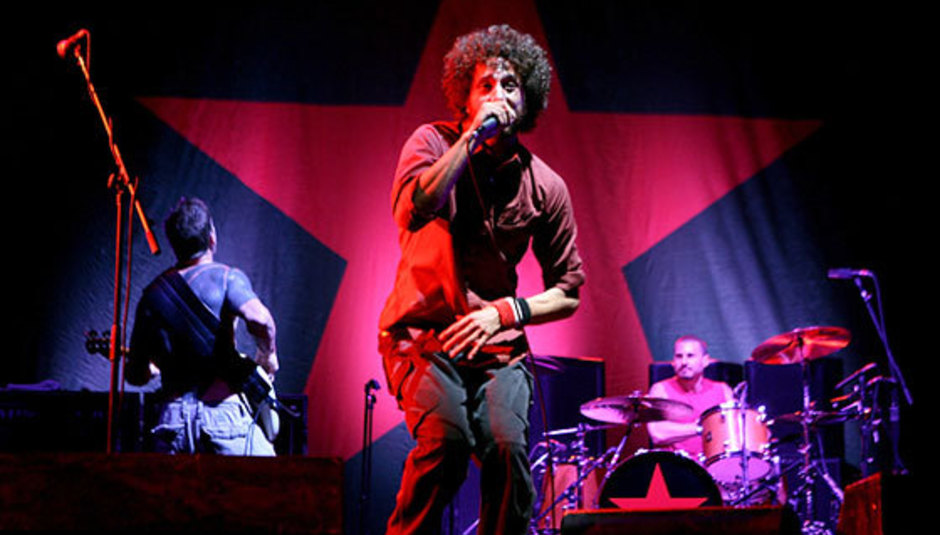 Some time not too long ago in a reality not too detached from this current one, Rage Against The Machine were caught up in a whirlwind campaign to try and get their track 'Killing In The Name' to Christmas Number 1. In the UK charts. To beat Joe McElderry to it, with whatever he released. It was reminiscent of the current campaign to force Nick Clegg to form a coalition with Labour.

The band, as well as swearing on BBC Radio 5Live, promised that they'd play a FREE. LIVE. SHOW in the UK if they did manage to get to the highest peak of the singles chart. That show was then confirmed to take place in Finsbury Park, London on June 6 and has since been dubbed 'The Rage Factor'.

The big news today is that the support slots have been announced and they're alright, in all fairness. Lining up alongside Morello, De La Rocha et al. will be Gallows, Roots Manuva and Gogol Bordello. The press release handily puts out the stage times, too, so if you don't fancy listening to Gallows then you don't have to, though I'd advise getting there early if you're at all bothered.