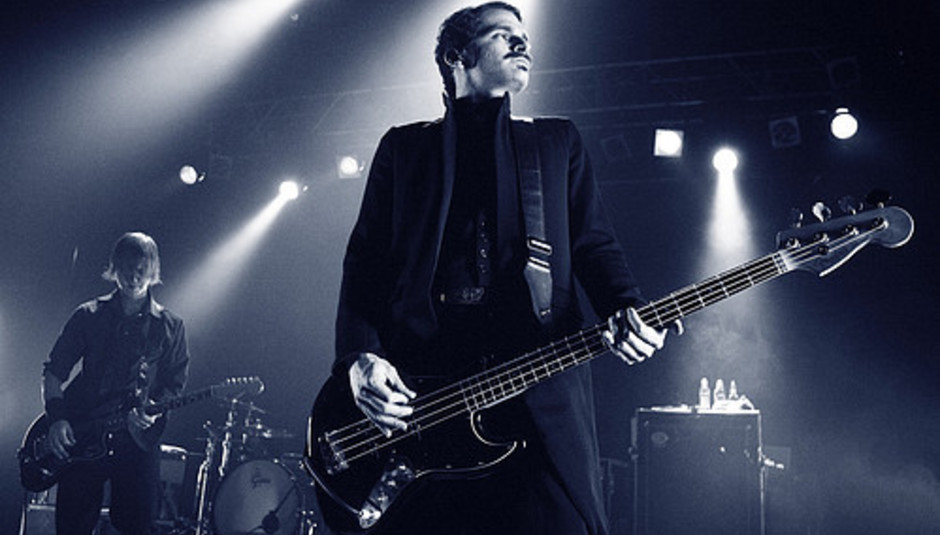 NYC indie rock band Interpol have lost a member - in bassist Carlos Dengler, a man with a quite fantastic surname. The group, who release their fourth full-length record later this year, announced the news on their website along with confirming some new tour dates.

After the completion of the album, Carlos informed the rest of us that he would be leaving the band. He has decided to follow another path, and to pursue new goals. This separation is amicable, and we whole-heartedly wish him great happiness and success. We will remain, as always, deeply respectful fans of this blazingly talented individual.

We can tell you that we have some very exciting new recruits joining us on the road. So stay tuned - we will promptly be revealing the identities of these illustrious players.

Illustrious, yeah? Good to hear of the amicability of it all. Adios Carlos and good luck in the future. Elsewhere in the post, the band give a smidgen more detail on the upcoming album. They say it's "a heavy record" that they're "feeling limber" and will "carry it all around the world for you". More good news.

Oh, and you may or may not have been aware that they released a brand new song from their brand new album - which is as yet untitled. It's called 'Lights' and you can download it below: