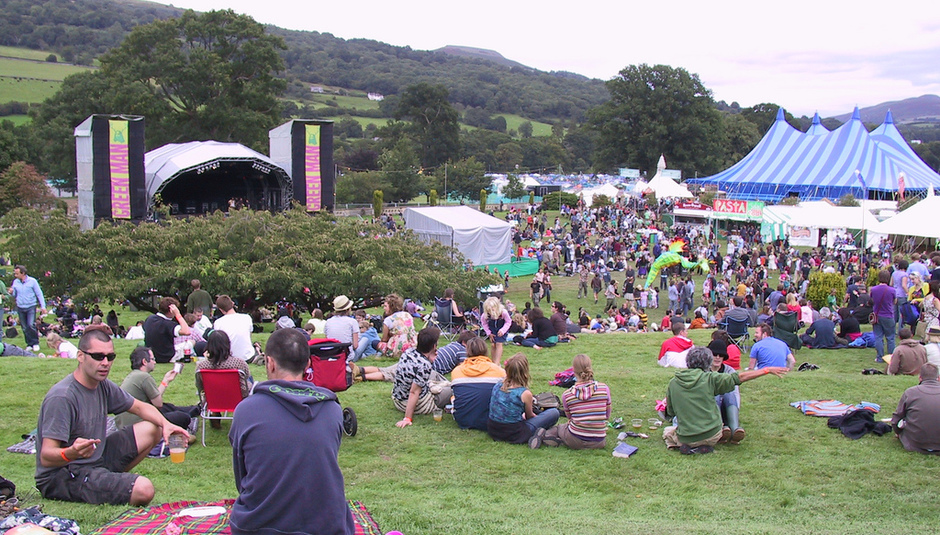 A rough amalgamation of the festival line-up additions from the past seven days or thereabouts. Some most excellent additions to this Leicester-based festival, including some to our very own stage, which you can read about here. Added to the bill this time are: Seasick Steve, Junip, Caribou, Steve Mason, Roots Manuva, Skepta, The Crookes, Fool’s Gold, Stornoway, Summer Camp, Harper Simon, Kid Adrift, The Besnard Lakes, Ellen & The Escapades, Gaggle, Dog Is Dead, Black Carrot, The Souvenirs, Charlie & The Martyrs and then some. All looks very good, especially Steve Mason and Caribou.

This year's Summer Sundae runs from 13-15 August 2010. Weekend tickets are on sale now and can be bought from here. Day tickets go on sale May 1.

A bit of both for you here - in the musical sphere and the other performing arts which take place at Henham Park's Latitude festival. Added to the Obelisk Arena are Strange Boys, to the Word Arena will be The Feeling, The Coral, Kristin Hersh, Black Mountain, The Big Pink, The Kissaway Trail and to the sunrise arena the talents of Tokyo Police Club, First Aid Kit, Jesca Hoop, Egyptian Hip Hop, Middle East, Joe Worricker, Delta Maid and Liberty Vessels.

In case you weren't aware, Latitude 2010 begins on 15 July and ends three days later on July 18. General details can be found here.

This East London-based festival returns for 2010 in a completely different format, having been established in 2008 but skipping 2009. This year it takes place over the course of several weeks (13-28 May) and features as much art as it does music, if not more.

On the musical side of things the initial line-up for shows at the Hoxton Bar and Kitchen have been confirmed. Playing there over the two weeks will be: Volcano The Bear providing a live soundtrack to Fischli and Weiss's 'The Way Things Go', The Owl Project, Cutup Collective - Solina HiFi, Rocketnumbernine, Martin Creed, David Shrigley's Worried Noodles, Please. I think, anyway.

Tickets and more information is available from the official website.

There is always the temptation to write this festival with two Xs, mainly due to a fascination with CSS's Lovefoxx. She has no vested interest in this festival, I'm reliably informed.

They've just confirmed their full line-up for Sunday's events - billed as an "outrageous, polysexual festival party" which, if nothing else, sounds like a lot of fun. Playing on that Sunday will be Grace Jones, Hot Chip, Cut Copy, Horse Meat Disco and many more. Added for rest of the fest' will be These New Puritans, Midnight Juggernaughts, The Invisible and Toro Y Moi, that chillwave bloke.

To view the full bill for Lovebox, which takes place from 16-18 July in Victoria Park, London, go here.

The final acts for the very-nearly-here Brighton-based festival have been confirmed. Who are they? They are...Angus and Julia Stone, Cornershop, Tinie Tempah, Rolo Tomassi, The Joy Formidable, Pulled Apart By Horses, Harper Simon, The Invisible, Alex Metric Live, Feldberg, Silver Columns, Eli 'Paperboy' Reed and The True Loves.

Tickets are still on sale for TGE and can be bought from here. The Festival runs from 13-15 May across various venues and bars in Brighton.

British Sea Power have picked this lot to play the 'Sing Ye From The Hillsides Festival' in Tan Hill, North Yorkshire:

If you want to go to this you're going to have to be quick, mainly because it takes place next week, from Friday April 30 'til Sunday May 2. Tickets are priced at £75 and can be bought from here.

One final quick Norwegian excursion for you here as The National, Fucked Up, Trash Talk, Imperial State Electric and Air have joined the previously announced artists including M.I.A, Iggy and the Stooges, The XX, Pavement, Tune-Yards, Raekown, Local Natives and Q-Tip amongst others.