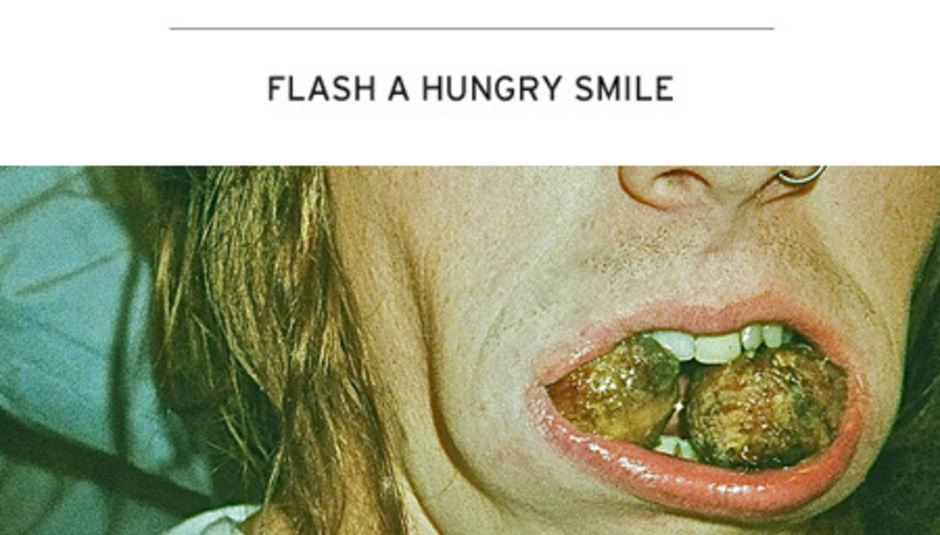 Ah, Mystery Jets how we have missed you. The band return later this year with their new record, their third in total and the follow-up to 2008's Twenty-One ,which we rated 9/10. Quality. The new one is called Seratonin and is scheduled for release later this year, but we're not sure exactly when. July 5 is the rumoured date. It could still be called Serotonin, though, given the different spellings we've seen.

Anyway, the important thing now is that we heard a new song from it - 'Flesh A Hungry Smile' - last night on Zane Lowe's BBC Radio 1 show. It's ZANE'S HOTTEST RECORD IN THE WORLD RIGHT NOW. Or yesterday. You can now download it for free, in exchange for signing up to the band's mailing list, as is the way.

Get your paws it from here and also look at the disgusting artwork for the single below: Horrid stuff. But the music's alright, eh? It bounces along about as optimistically as possible and that slightly fuzzed bassline is A-OK. As for the whistling, well, every song is enhanced by a bit of that, no? You can listen to a brief interview with Blaine on Zane's show here.