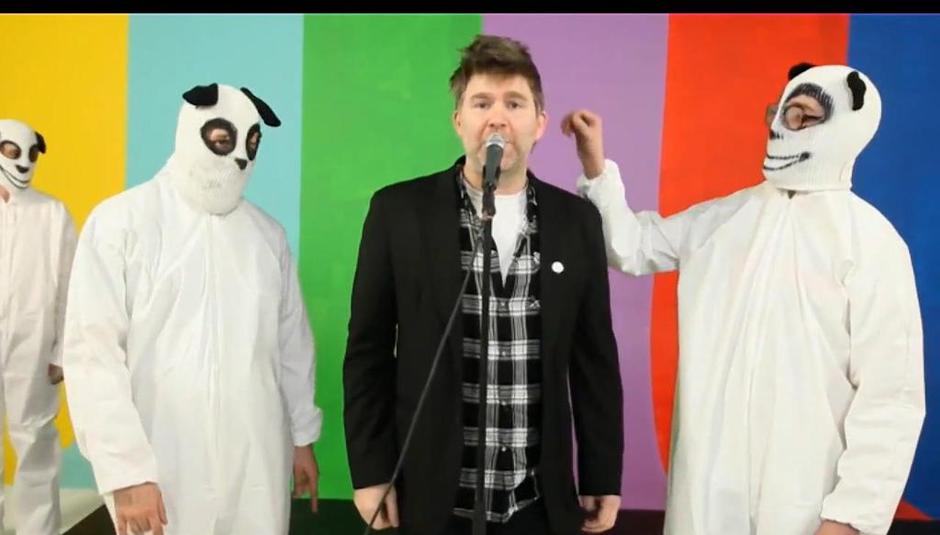 It wouldn't feel like a normal week to me without writing about an LCD Soundsystem album update, so I'm glad my anxiety has now been tempered by the arrival of the video for 'Drunk Girls', taken from their upcoming one, This Is Happening.

It's a tad irritating at times (the video, not the track) but it has James Murphy being rugby-tackled, although onto the relative softness of what appears to be an airbed, or just a mattress. Anyway, the blurb on YouTube doesn't say who it was directed by but it's been tagged with "Spike Jones", which could very well mean that it was directed by Spike Jonze. Or not.

You can listen to LCD Soundsystem's new record here in a roundabout way. Still not sure if they've sorted out the song titles yet, but we'll keep you posted.

Dates. If the two Dublin shows have been cancelled...