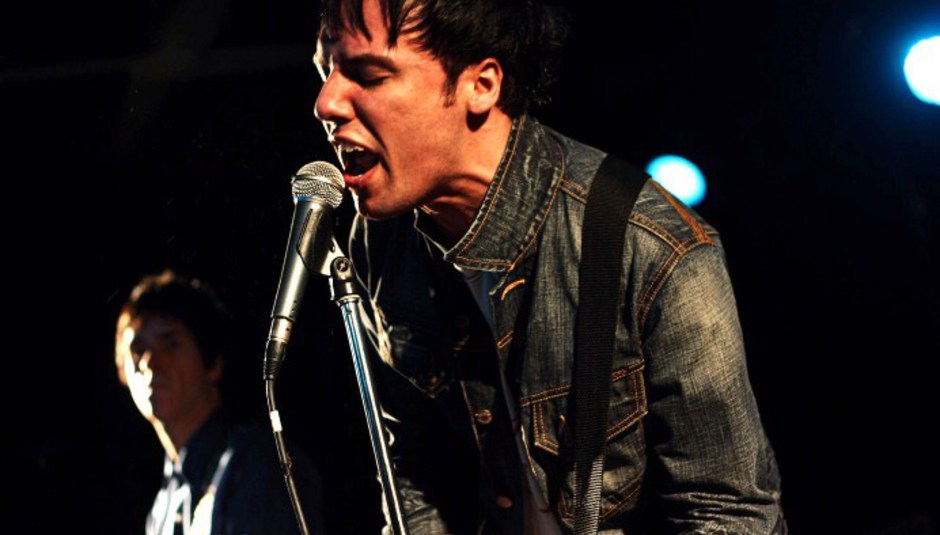 Kate Nash and Ryan Jarman of The Cribs are an item, though you are probably aware of the largely irrelevant fact already. Irrelevant it no longer is, however, as their relationship has blossomed into something tangible, something recorded, something musical! Finally! Please no smutty comments about 'covering', that's beyond us and should be you, too.

The big news is that Ryan has covered a song of Kate's and it appears as the b-side to her newest single, 'Do-Wah-Do', which is also the song that Ryan has worked his magic on. It's already out, ennit. Listen to the Ryan's version below and watch the video for it, which has been floating around for a month or so now but, amazingly, we can now embed it. Which is mostly helpful.

Is this news? Is it good? Is there something more constructive to do with your time? Does Ryan Jarman's spoken voice grate a little? If you have something you want Kate Nash to sign, be it a record, t-shirt, book, potato, beer mat, dartboard, body part or whatever, you can do so by going to her free show at HMV on Oxford Street on Monday April 19. She'll be wielding a pen for a short while afterwards, which presents you the perfect opportunity for her to writer your dearest Nana a personal note.

'Giving Up On Love'