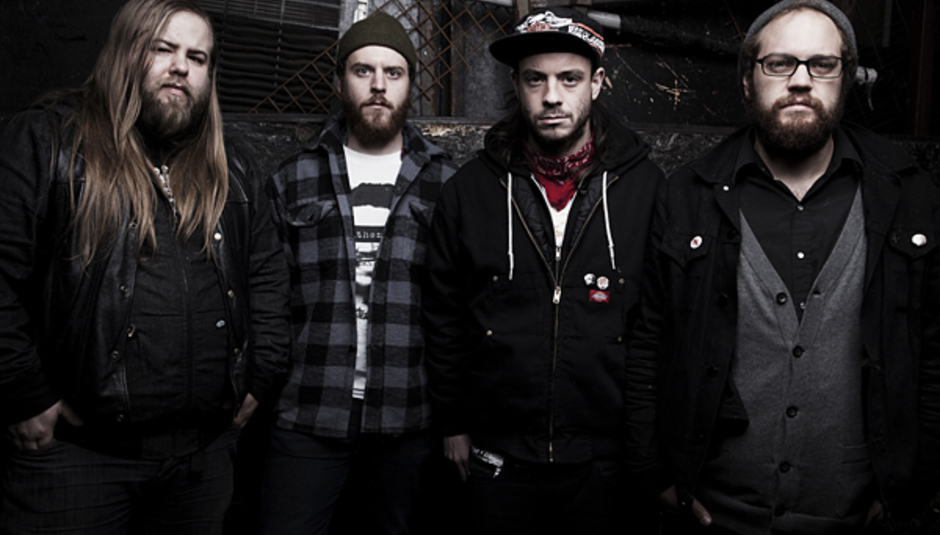 Canadian hardcore doyennes Cancer Bats return later this month with their sophomore album, Bears, Mayors, Scraps & Bones. All well and good – but the group started the promotion for the album with a nifty little campaign based around this blistering cover version of the Beastie Boys' finest hour, 'Sabotage'.

This got DiS thinking. If Cancer Bats could do this good a job with 'Sabotage', what else might they be itching to rework in their own furious style? Singer Liam Cormier sets out his top, er, eight...

Liam: "Such a classic ripper of a song you can't help but bang your head - Plant just wails in this song! I think it would be fun to get all gnarly on it. I also feel like the one-year-old me would be so stoked to know we did this cover."

Liam: "This song is such a banger that I would love to cover it: I honestly think we could pull it off. But since Linkin Park did that mash up with Jay Z and it was worst shit ever (here it is live) this song became Un-Touch-A-Ble. Jay Z still rules, but Linkin Park just suck even more."

Liam: "This has always been one of my favorite songs since I was a little kid – but we will never cover it. Why? Because the greatest cover of it has already been done by Lagwagon. If you haven't heard it, please do your self a favour and check out this classic skate punk rendition."

'American Woman' by The Guess Who (bastardized by Lenny Kravitz)

Liam: "I really wish we could have covered this song, just so that Lenny couldn't have. Way to ruin the meaning of the song, bro! Its about Canadians hating on the US, not chicks and muscle cars. Don't get me wrong, those two things totally rule - just in the right time and place, Len, c'mon..."

Here's the original, by the way. Much more like it...

Liam: _"Whenever I sing karaoke, I pick this song – a) because it rules, and b) beacuse I'd be one ugly girl. I think if we were to do a full on version of this song it would hilarious, if only because the four of us combined would be some of the ugliest, bearded girls the world has ever seen. On the other hand, it would sound rad if it was super heavy, and Scotty could really nail those guitar squeals."

Liam: "I know I mentioned hip hop before, but seriously: just think of how heavy we could make this song. Admittedly, we would be treading that fine line between 'bounce' and 'nu-metal' but I reckon we could pull it off if we just went for it and made it as balls out and heavy as possible. No one would argue: they'd be too busy partying so hard cos we'd be bringing da muthafuckin' ruckus!"

Liam: "This is somewhat in the same vein as my Brown Eyed Girl mention, in that this an amazing song that so many bands have attempted, but none rip as hard as Shai Hulud's. This blistering metalcore version would rip in my walkman as I rode my BMX around town. I also think it would be fun to do a stoner/doom version of The Decline. Yeah,it would take us a week to play it and we would all be braindead from epic stonerness, but it would still rule."

'A National Acrobat' by Black Sabbath

Liam: "We actually used to do a cover of this song as an intro for a few tours. It sounds so sludgy and heavy, and the funny part is when kids' dads are the only ones who catch the reference. We figure that one day we'll do the whole thing: we'll just have to wait till the whole crowd knows their Sabbath."

Bears, Mayors, Scraps & Bones is out on 12th April. Order it here.