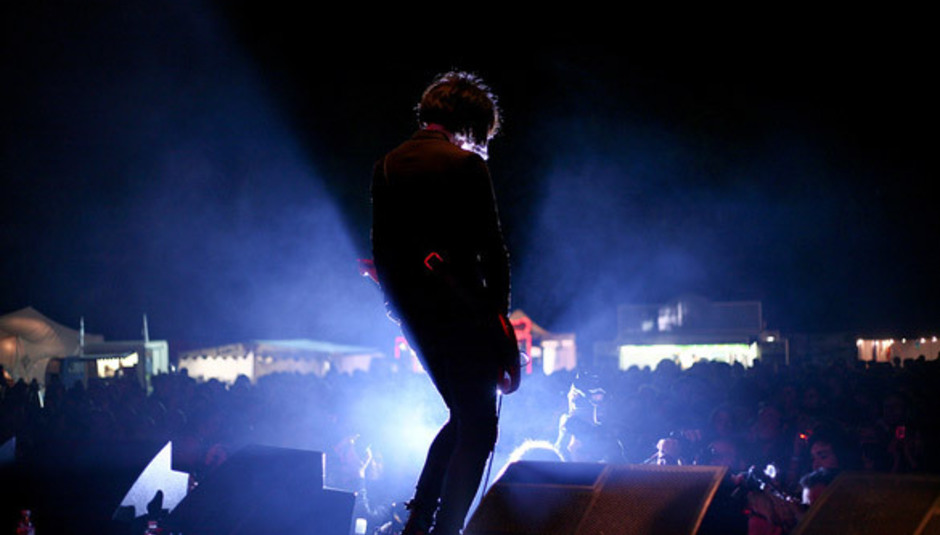 This year's Offset Festival returns to us in the usual place - the lovely setting of Hainault Forest and Country Park, somewhere on the borders of Essex and London. You can get the Central Line there and back, so it appeals to many Londoners for obvious reasons. There is also camping for out of towners or anyone who likes that sort of thing. Organisers have just announced the first chunk of acts to play in 2010 including:

That's a very good start, I have to say. Offset runs from Saturday 4 - Sunday 5 September. Early bird tickets are on sale and are priced at £55 weekend tickets for non-camping and £10 extra for camping. More information available at Offset Festival.co.uk.

The Big Chill is entering its 16th year, and the line-up is usually a safe bet to reach at least 'very good' if not 'absolutely fantastic'. The first wave of artists who have just been announced very much fit into that, with Massive Attack, M.I.A, Roots Manuva, Kruder & Dorfmeister, Plan B, Tinie Tempah, Bebel Gilberto, Gilles Peterson, Theo Parish, Greg Wilson, Roy Ayers, Seth Troxler, Henrik Schwarz, Andy Wetherall, Candi Staton, Chris Coco and Kelis lining up at Eastnor Castle Deer Park in Herefordshire from 5-8 August 2010. The finest Leicest-ival in the land have confirmed bands, singers, songwriters and ALL SORTS for their Musicians' Stage, the most notable being Frankie and The Heartstrings, Jason & The Scorchers, Danny & The Champions of the World, Peggy Sue, David Ford, Tiffany Page, The Leisure Society and Megafaun.

There will also be a shitload of REAL SAND imported into the festival grounds to create a beach. Yep. Could be fun, could be quite annoying. Sand in your sandwiches, no thanks. Summer Sundae takes place from 13-15 August at De Montfort Hall in Leicester. Details and information here.

Not a great deal of bands confirmed at the royal unveiling of Supersonic's 2010 edition, but the good news is that Swans have been revealed as headliners. The press release says it's actually written SWANS, but I'm going to argue against ARBITRARY CAPITALISATION. Anyway, Supersonic takes place from 22-24 October in Brummagem, or Birmingham to us normal people. Some stuff happens in a Custard Factory, I'm told.

The FIRST EVER (as the press release re-iterates several times) NME Weekender will take place at Pontin's, Camber Sands from 5-7 November 2010. I expect it will be a bit like ATP, but then quite, quite different in anything but the actual mechanics of it all.

Anyway, here's who you can see if you buy a ticket, or perhaps even blag one: Babyshambles and British Sea Power. I'm sure there'll be more announced in due course.

NME editor Krissi Murison said: “This will be an amazing weekend for live music with some of the most exciting bands and hottest new music all under one roof. With no concerns about the weather this is going to be all about the party!”

Tickets are on sale now and can be bought from here.

These are the artists who will be playing RockNess this year:

RockNess takes place on 11, 12 and 13 June in Dores, Scotland. Tickets and stuff available from here, details and stuff from here.