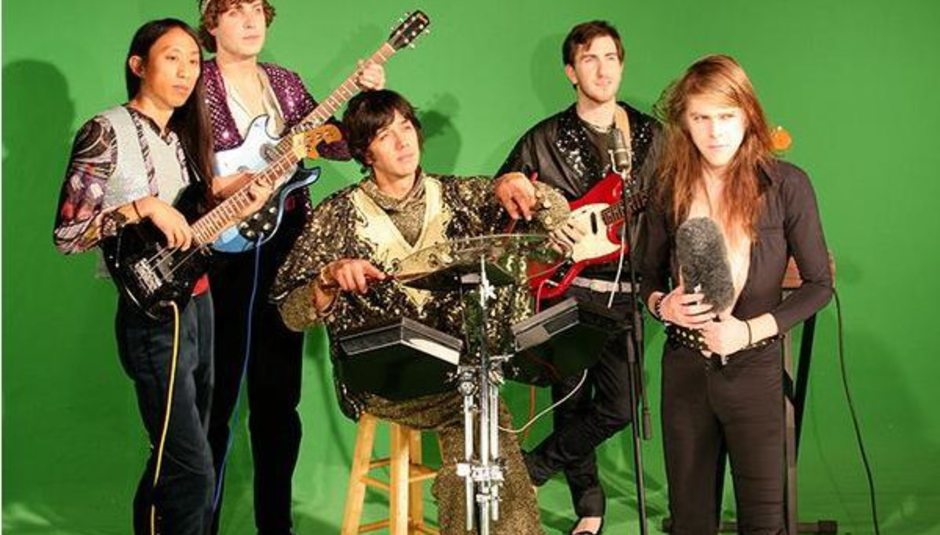 Ariel Pink and his Haunted Graffiti have a new record due, their first with 4AD, with a release date, name and cover art now confirmed. Called Before Today, it'll be released on June 8 on the usual formats: CD, LP and digital.

Recorded over the period of six months, Before Today was conceived and played in a variety of places, partly at Encino's House of Blues with Sunny Levine, Rik Pekkonen as well as at the band's own studios. The LP will be preceded by a single, 'Round And Round' - which has been doing the rounds - being released on April 26 on 7".

You can get hold of that track on 4AD.com and/or by signing up to the band's mailing list by clicking here

The record's cover art, 'conceived' by Douglas Lee is below: The band have a European tour planned, but we don't know anything about that at the moment. What we do know, however, is that they'll be playing Manhattan's Mercury Lounge on May 4, a fact which isn't much use to you if you aren't - and don't plan to be - in the vicinity at that time.