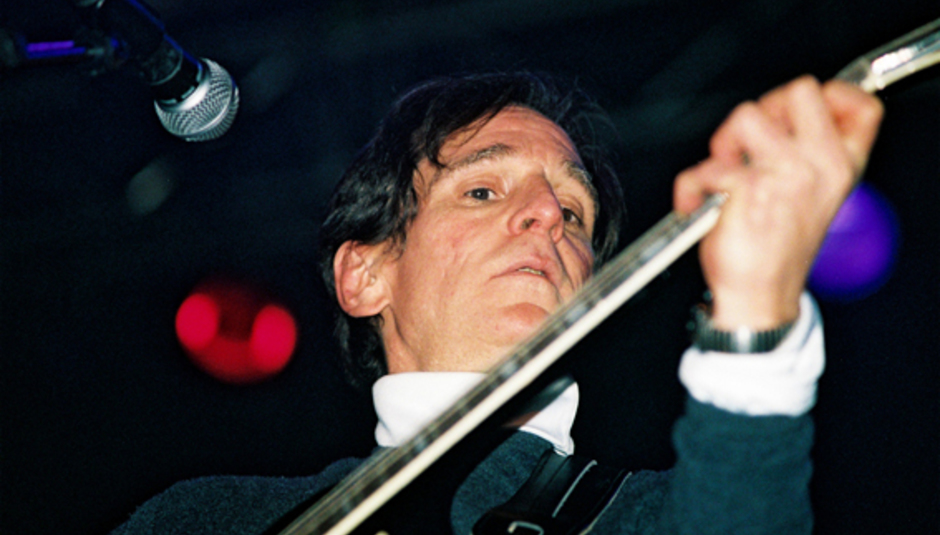 Big Star's SXSW show on Saturday will go on, it seems, following the death of Alex Chilton. Band members Ken Stringfellow, Jon Auer and Jody Stephen's will perform in Austin as part of a tribute show to Chilton, who died earlier this week of a suspected heart attack. According to a report on Billboard the rest of Big Star will serve as a backing band for various artists, including M.Ward, amongst others.

"It'll be just a cool way for us to all share that music Alex was part of, certainly where Alex and I connected over the years was through music, either in the studio or on stage, so I think that's a great way for us all to tip our hats to Alex and celebrate his life."

But he added that, obviously, there is absolutely no way for Big Star to continue following Chilton's death. He said:

"I can't imagine that, to tell you the truth. Alex was the heart of it. Maybe Jon and Ken and I can do something together, but now's not the time to think about it."

The show will take place at Antone's, tomorrow night.

It's no surprise to see the tributes pouring in by the bucketload, either. Pitchfork aggregated a large chunk of them, and we've copied and pasted them below.

"It's obvious to anybody that listens to his live performances or his body of recorded work, his tremendous talent as a vocalist and songwriter and instrumentalist."

"I hope people really understand and appreciate what a brilliant musician the guy was.... He should be remembered in that way. He was really a creative genius, always testing the limits."

"Alex Chilton's music was a big part of my life and a huge influence on R.E.M. He will live on for us through all the great music he made."

"In my opinion, Alex was the most talented triple threat musician out of Memphis — and that’s saying a ton. His versatility at soulful singing, pop rock songwriting, master of the folk idiom, and his delving into the avant garde, goes without equal. He was also a hell of a guitar player and a great guy."

"RIP, Alex Chilton. This is my favorite song by him, beautiful and messed up."

"As many people will and won't admit, the Replacements turned me on to Alex Chilton. It wasn't the song, though. 'Nowhere is My Home' is a song he produced for the Replacements on the Tim sessions, and I saw that as a kid and went and bought one of his solo records, and then worked backwards and found Big Star. I'm a huge fan. He's one of my favorite guys."

"My first time with Alex Chilton was when my then roommate, @seripop_chloe, played me his "Bangkok". I dug. RIP."

"[Big Star] should have been next to the Beatles and the Stones in popularity as well as influence. A lot of it sounded like it came from Britain or something, although you couldn't deny the southern soulfulness of it, too. That's what made it so great. It combined that pop sensibility that came over with the British invasion with that southern soul and grittiness. That's the key. It's like the Beatles with booty."

"I'll always have "Blue Moon" by Big Star to warm my heart and make me cry. RIP Alex Chilton"

"He just made so many great records, and they were crazy rock 'n' roll records. But they were also art records and beautiful records, mournful records, sad records, joyous records. What I'm trying to say is that Alex Chilton was one of the greats."

"Musicians and fans have always passed around Big Star songs and albums like a secret handshake. When you found out someone hadn't heard #1 Record or Radio City, you were so excited to provide that missing link, to pass on all the glimmer, the jangly guitar, the big chords, the melodies, the American anthems that let you keep your teenage self -- for some of us long since faded -- close, etched upon your skin. And suddenly, you realized that every great band or musician you love also loved Alex Chilton and Big Star."

"Alex Chilton always messed with your head, charming and amazing you while doing so. His gift for melody was second to none, yet he frequently seemed in disdain of that gift."

MGMT also paid tribute to Chilton at their show on Wednesday night.