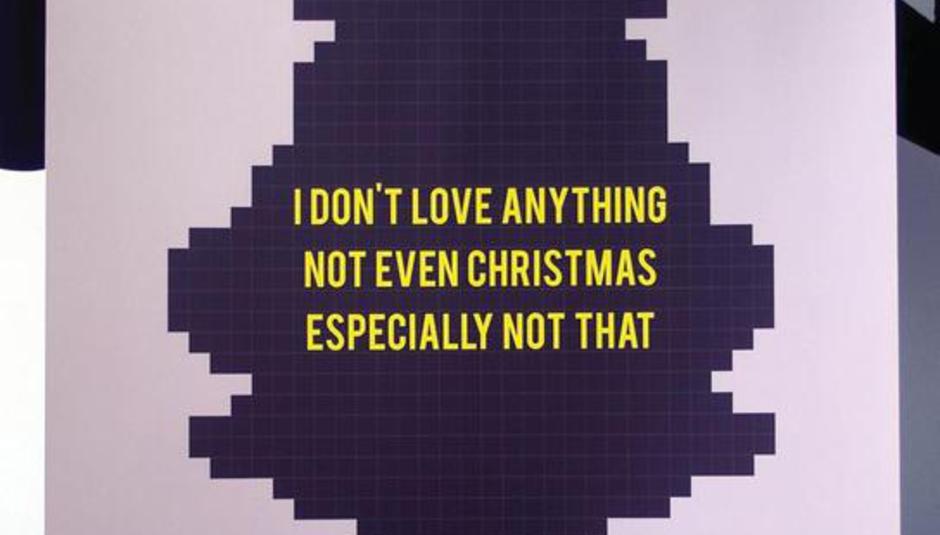 So, we were going to save this for Friday, but seeing as today is turning out to be a bit of a slow news day (Pipettes album release date confirmed, anyone?) we'll stick them up for you now...

The concept is fairly simple. The Love Agency have commissioned and produced 10 indie love songs - in the broadest sense - made into posters. Artistically, like. This may have had more resonance about a month ago, and some of you may think this is fundamentally lame. But hopefully not all of you.

Most of them are pretty easy to guess, some less so. Mainly the ones without any actual lyrics on. The posters which say the name of the song don't count. No prizes for those. Actually, I'm just talking about the second one down. More of them can be found here. Alternatively, make your own posters of 'indie love songs' in Paint and post them below. In the style of that Northern bust in Art Attack, here's one I made for Hefner's 'Christian Girls', of course.