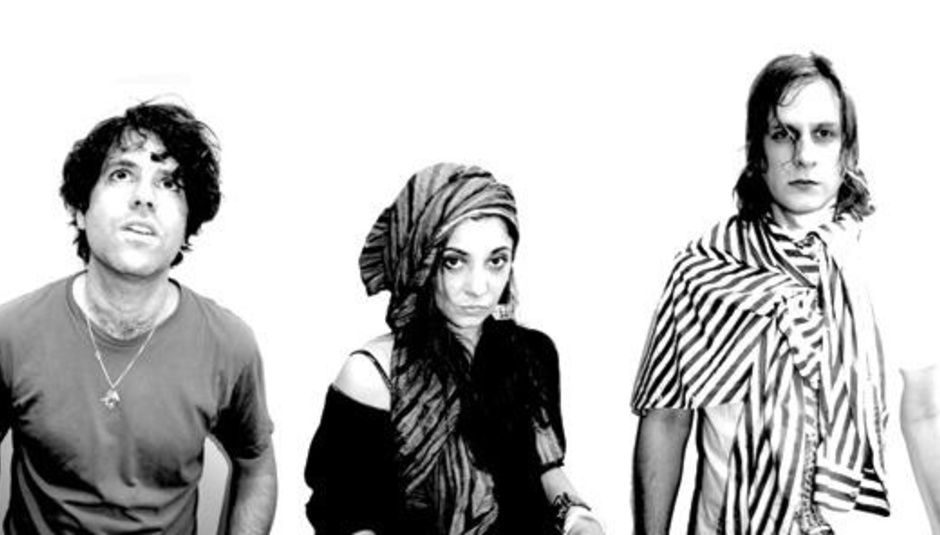 Late last month we reported that US act Gang Gang Dance asked Florence + The Machine for royalties, due to the absolutely ridiculous similarities between their own 'House Jam' and Flo's 'Rabbit Heart'. It sounded like Florence had completely ripped them off, something they obviously weren't best pleased with. The good news was that Flo's label agreed with them.

There wasn't much else to the story other than that, by accepting GGD's claims for royalties, it was an admission of guilt at worst and an admission of a mistake at best - which is what Florence and her management claimed, saying it was an homage to the band and that she'd been honest about it in interviews.

Now The Other Side in this story has spoken, and they sound annoyed, if not actually what you'd call ANGRY about the whole thing. Speaking to BBC 6Music, singer Liz Bougatsos said:

"I’m happy now for sure. I think I was annoyed in the beginning because other people’s reactions were affecting the way I was thinking about it - it’s not a natural way for me to come out at somebody. I hope there’s no hard feelings."

"I don’t really have a problem with people wearing their influences on their sleeve. As an entertainer that’s probably a just way to serve the people that listen to your music. If we heard her admit it in the press it would probably have made a difference and not made us feel bad about it."

But it sounds like they didn't. Nor did anyone else, apparently.

"I believe that we’ll receive some sort of monetary compensation for the similarities in the song and the actual lyrics and style, and I think Florence is happy to do that and that’s fine, that feels pretty good."

It'll probably help them out at least a tad, what with Lungs being a UK #1 and doing respectably well in various other parts of the world, winning an award or two along the way. That said, it might be a good outlook to simply say 'all's well that ends well' and be done with it. Or listen to both the songs in question below and then become indignant with rage at Ms. Welch. It's your call.

"One with the light shined on them / How quickly the glimmer fades."

"The looking glass so shiny and new / How quickly the glamor fades."