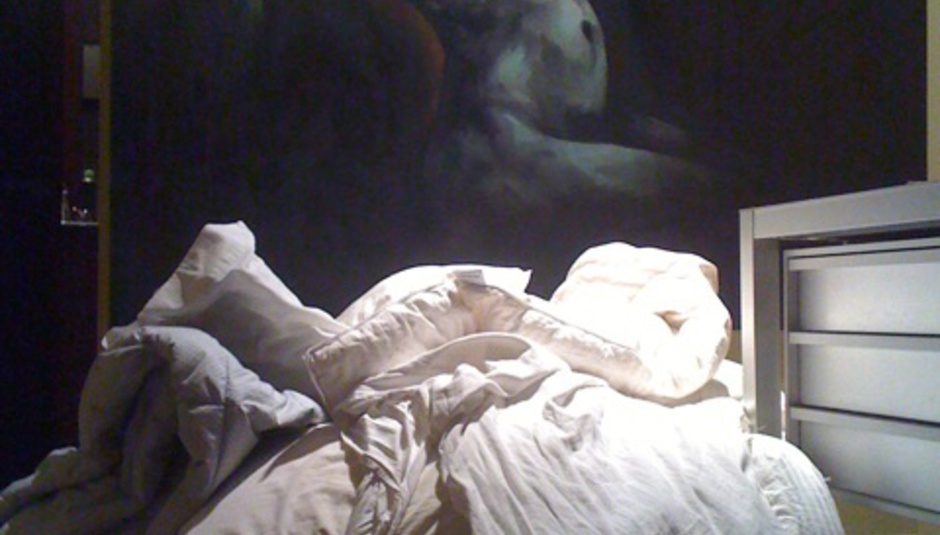 The very long and eagerly awaited follow-up to Klaxons' 2007 Mercury Prize winning debut, Myths Of The Near Future is done, or at least the recording of it is, according to Ross Robinson's Twitter - something we obviously take as gospel. Why would he lie?!

4 month klaxon party is over. Time to re-paint some walls and chuck some blankets! Should I sell them on eBay?

There was also this picture of the offending blankets. They look more like duvets to me, though. After recording what was to be their second album, the band were apparently told to re-record parts of it, according to The Sun. We also take what they say as gospel. It was also backed up by lead singer Jamie Reynolds, however, who said:

"We've been asked to re-record part of the album because we've made a dense, psychedelic record. We've made a really heavy record and it isn't the right thing for us - I understand and know that. First and foremost, we're a pop band. I haven't thought about that for a long time, and now it's in the forefront of my mind."

We don't know what all of the songs are on the as-yet-untitled record, though here are some candidates:

The band started recording with Robinson in LA in November last year. Robinson also posted another picture a few days ago, a list of what he had to finish on the record, seemingly. Have a look at the man's handwriting and to-do list. Also see if you can deduce any more information from it than I could.